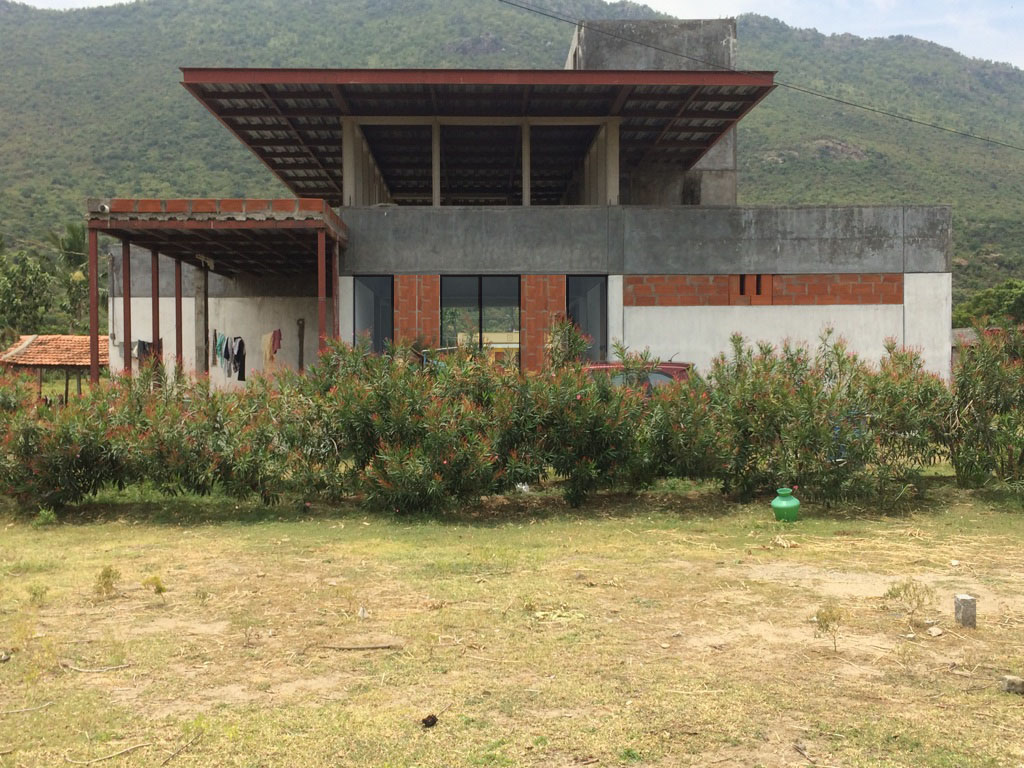 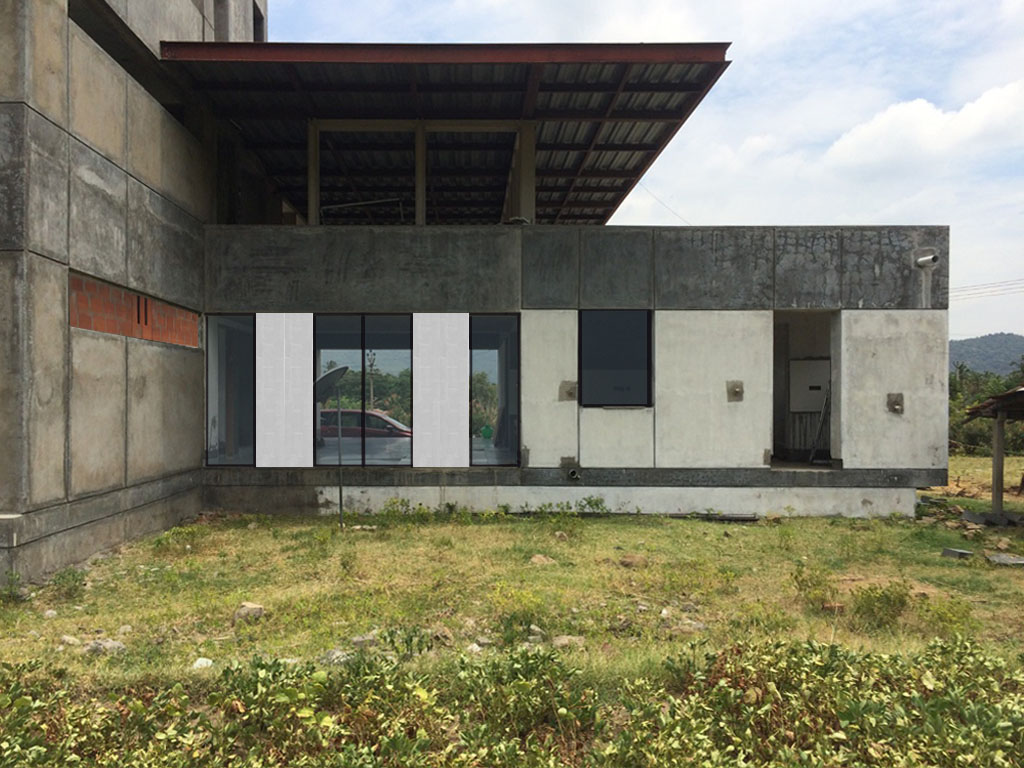 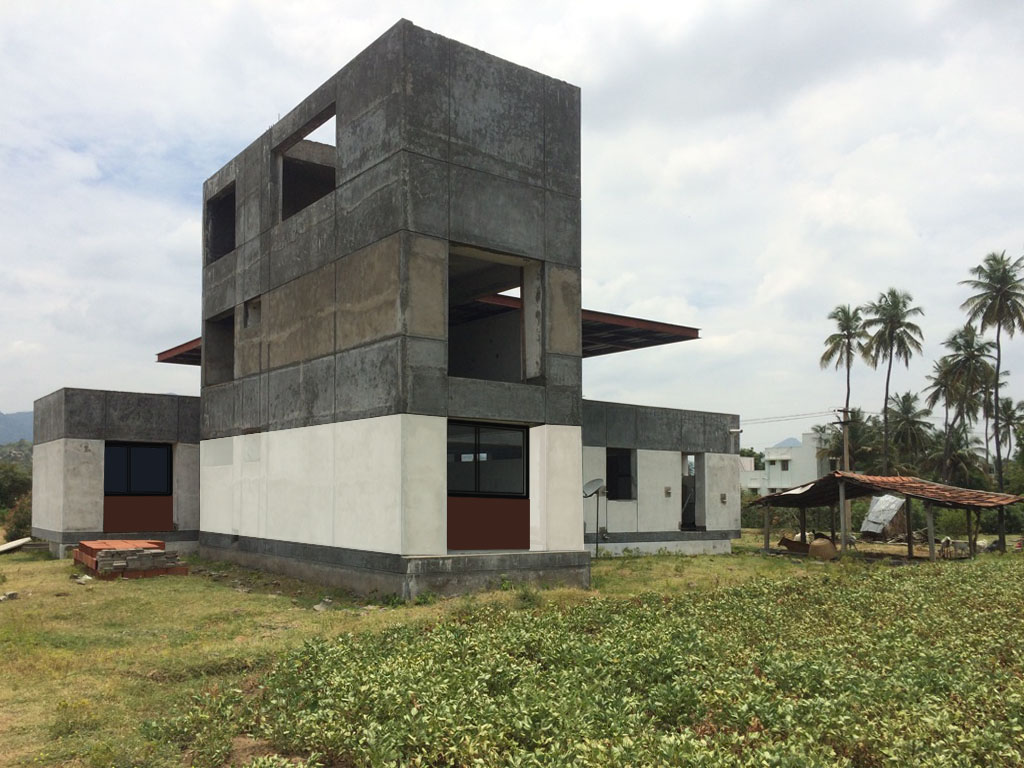 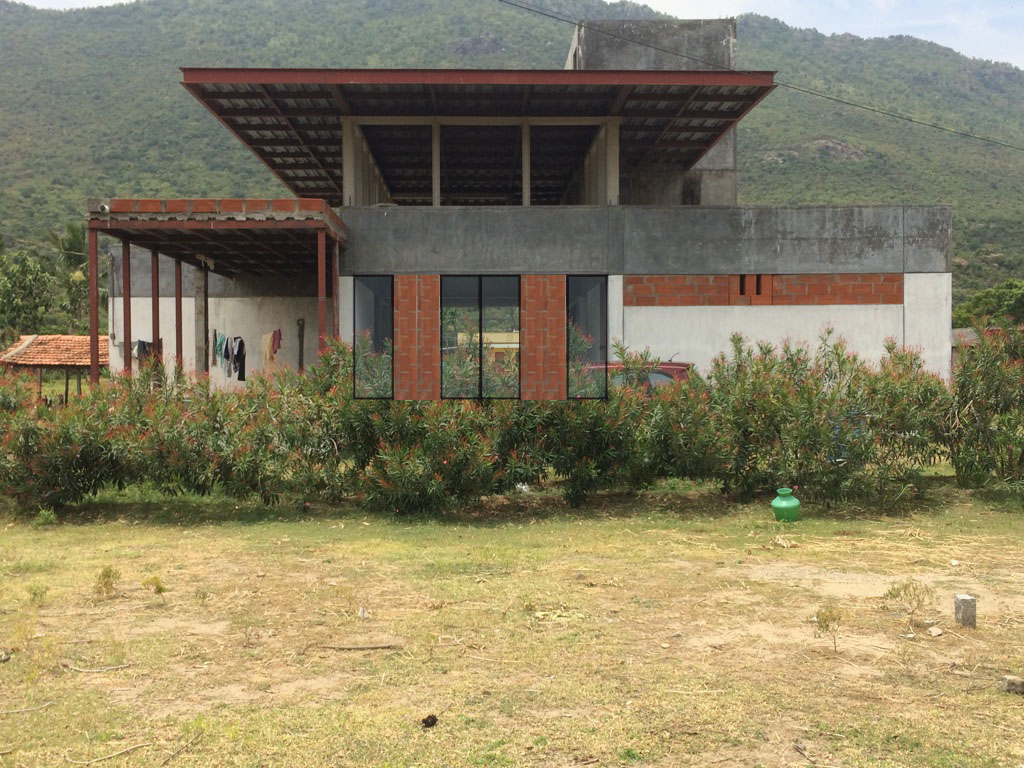 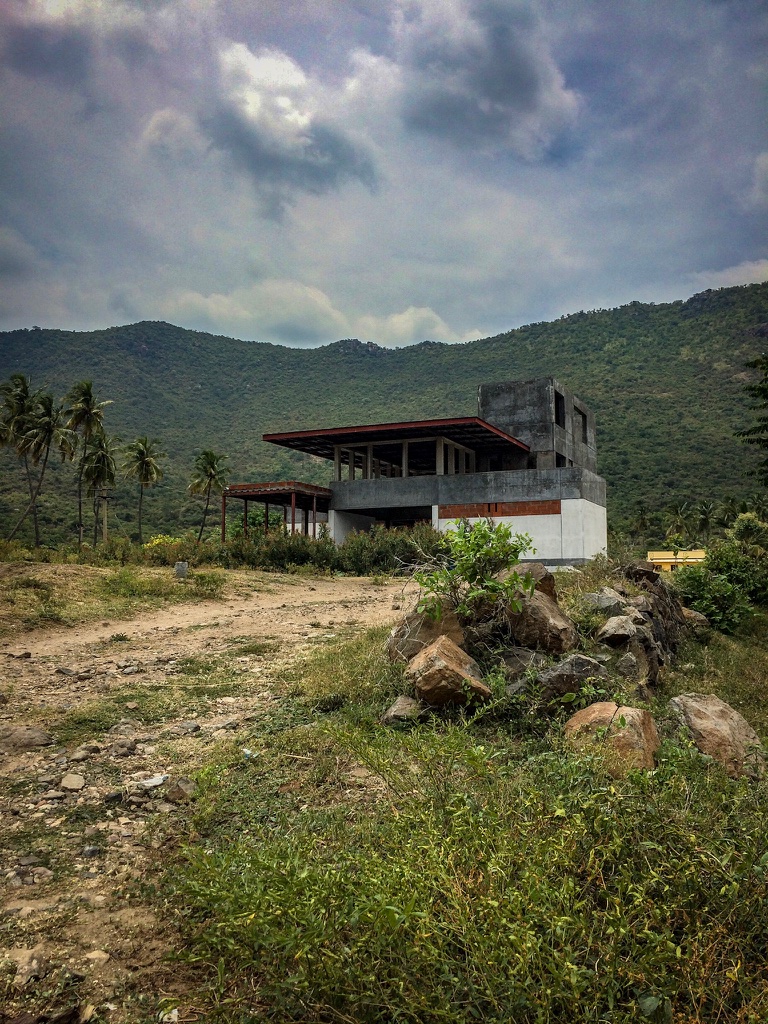 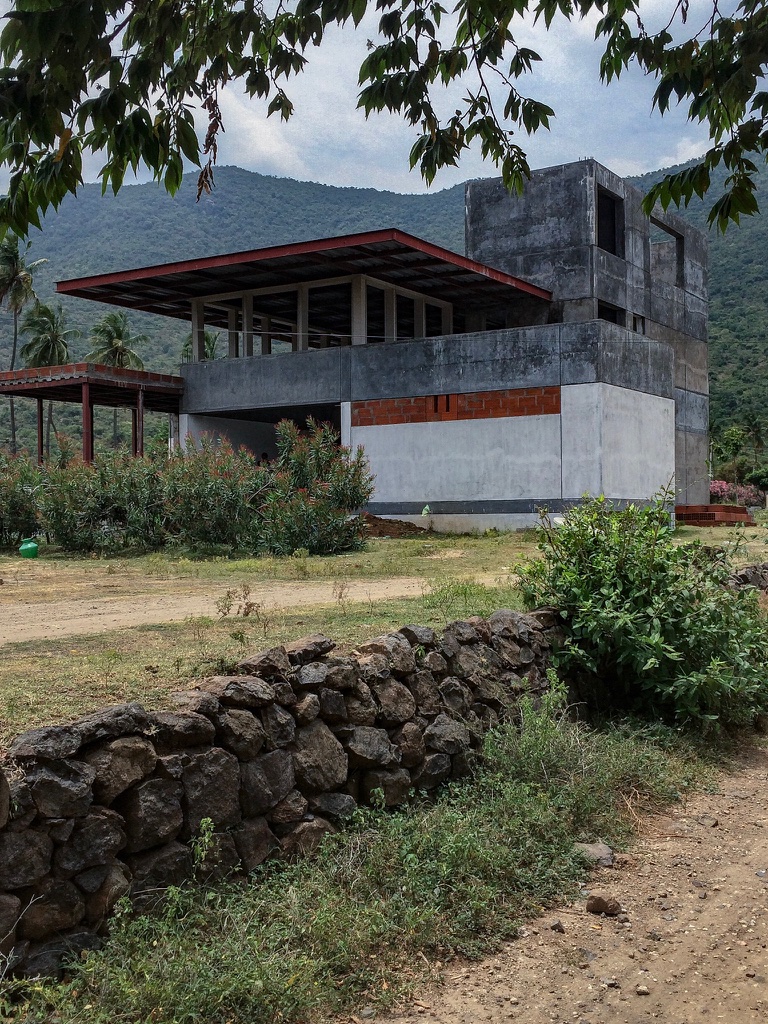 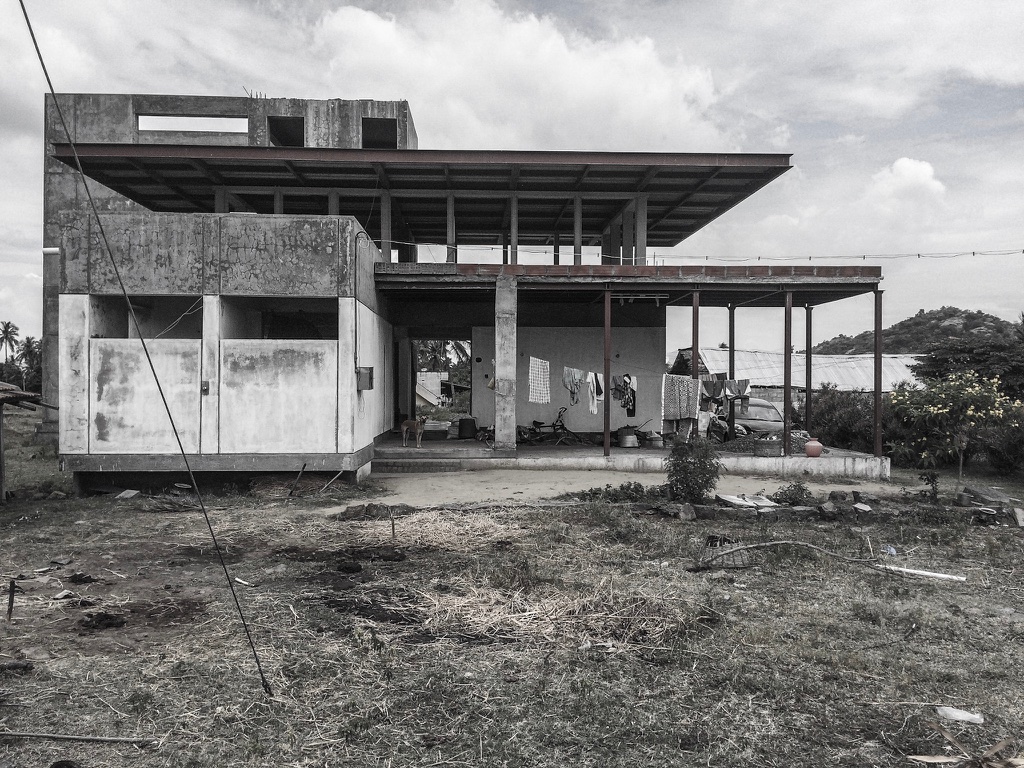 This S-House in the town of Salem is built on an acre farmland site in the foothills of the Western ghats. The house is situated on a vast lawn area with landscape all around. The house is centrally built on the site inspired by Vastu and the four cardinal directions of Vastu. The south-west corner of the building is raised to two floors making it the highest point of the structure. The built is designed as four extrusions of the square with common as well as open areas interspersed in between giving an unobtrusive view through the landscape and water bodies around.  The 360 degree view of the hills and the landscape is one of the key features of this house. The living and dining forms the core creating thoroughfare to all other spaces. The bedrooms are spread in the north-west and south-west corners of the house.

Even though the concept of the house is rooted in traditional values the outlook of the same is modern with cantilevering floor planes. The juxtaposition of such a modern building in a rural setting brings out a unique relationship between the structure and the functions and life around the building. The house is endearing because of this quality.