A tranquil beach resort designed in contemporary style yet keeping its connect with the nature, creating a feeling of solitude 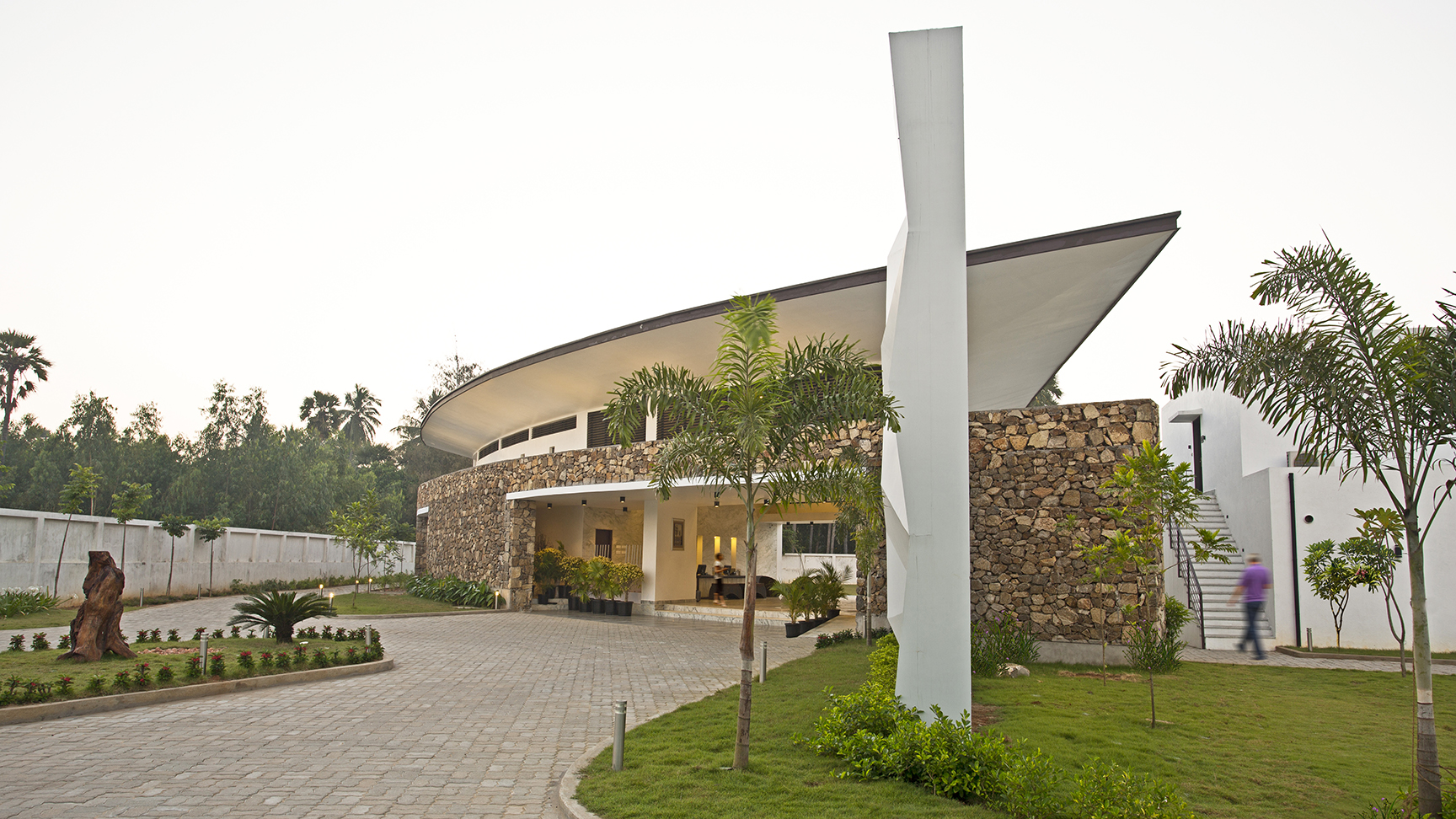 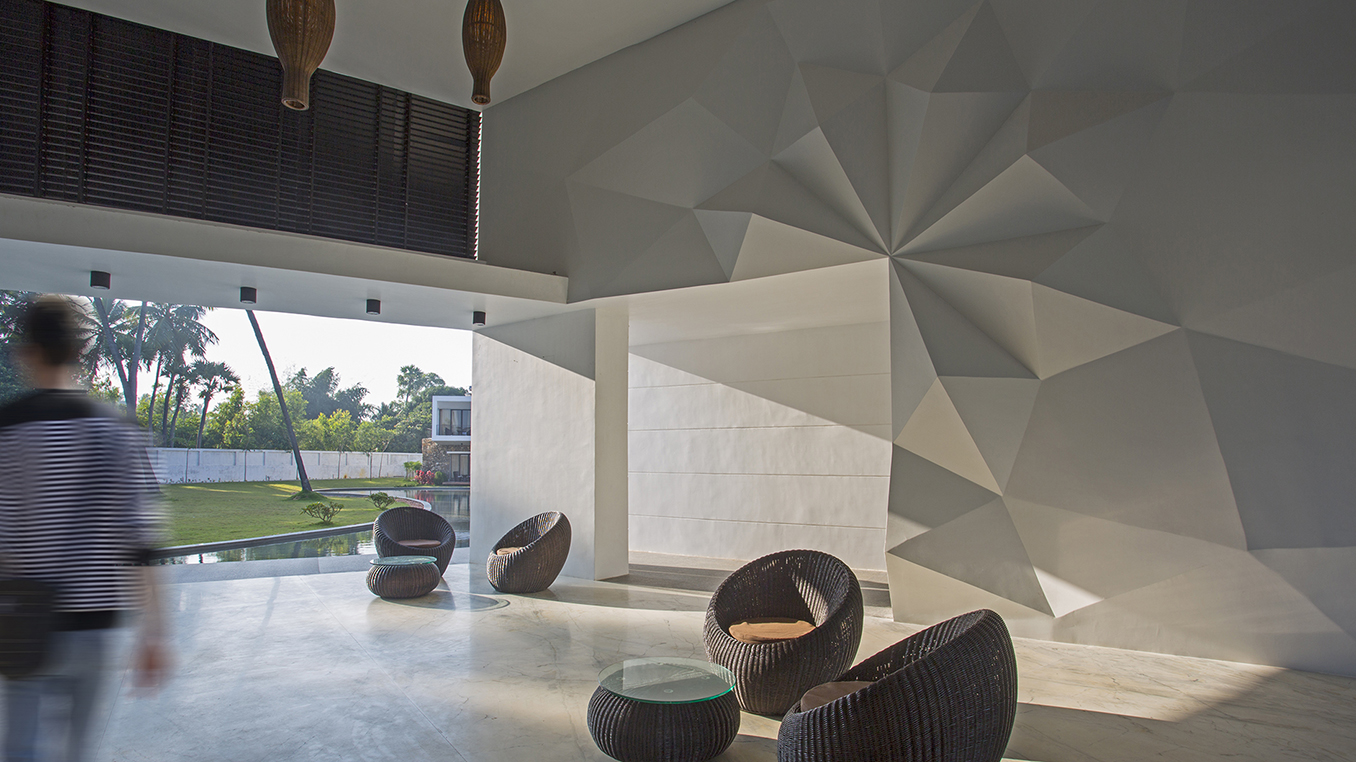 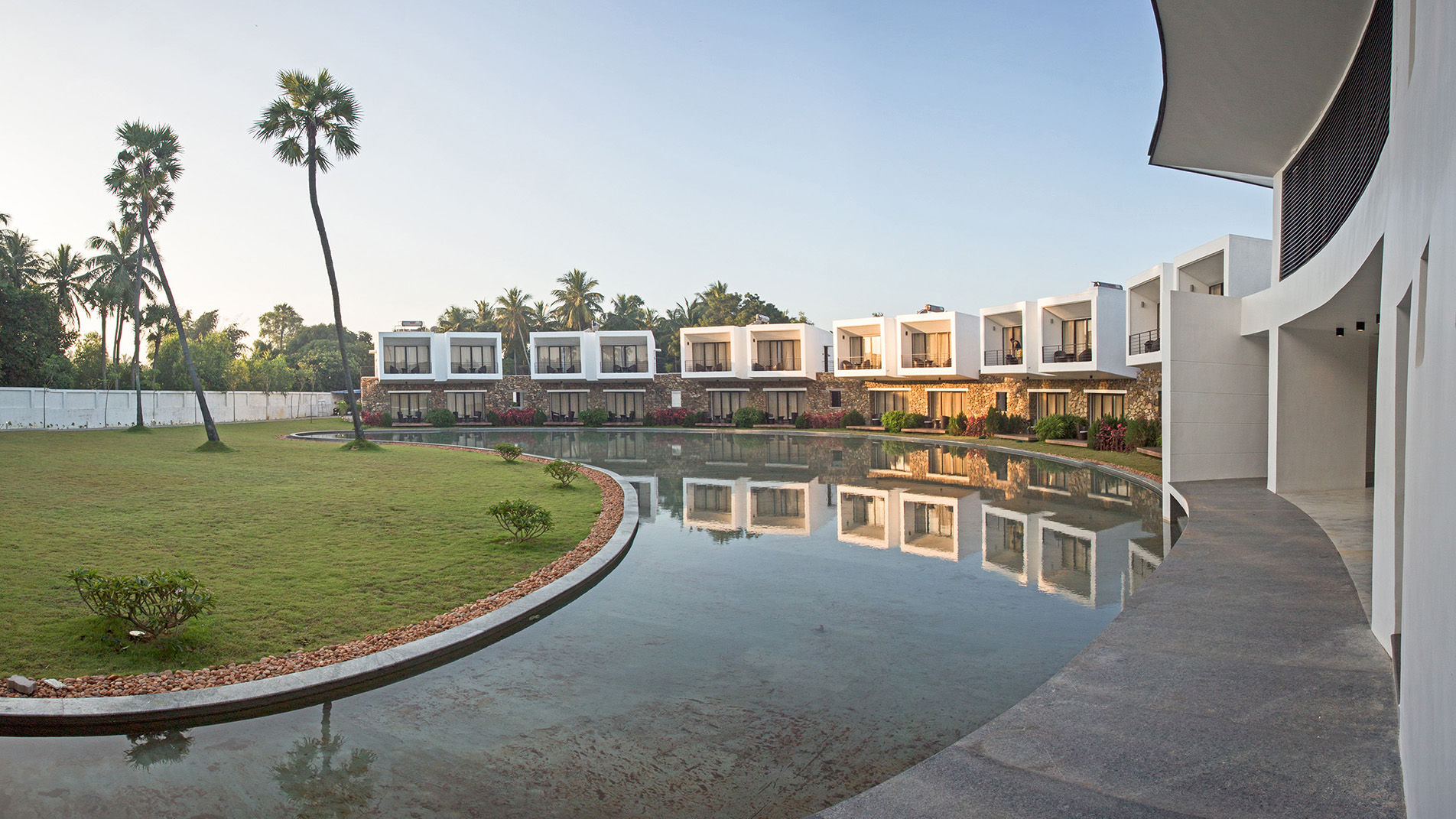 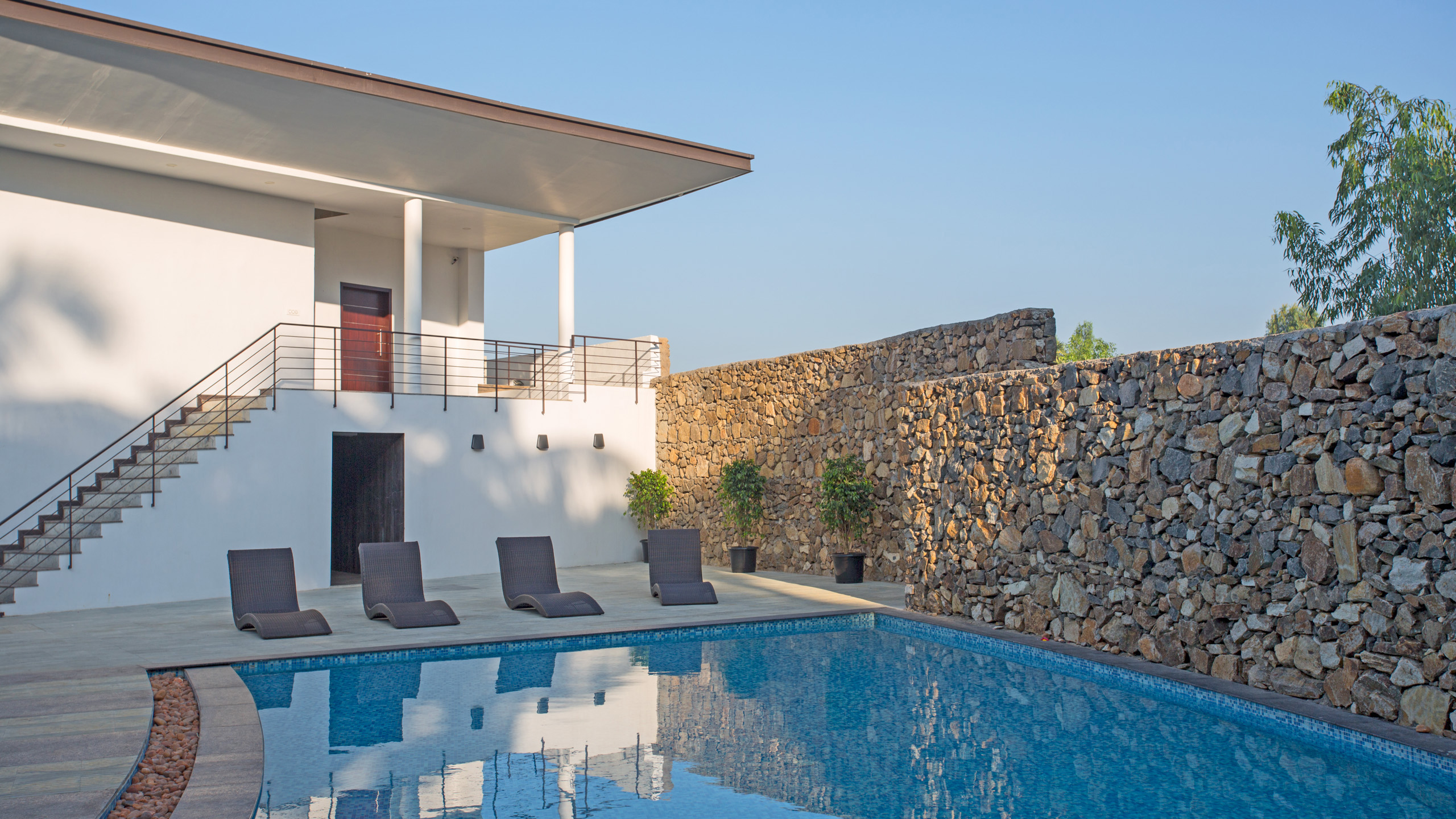 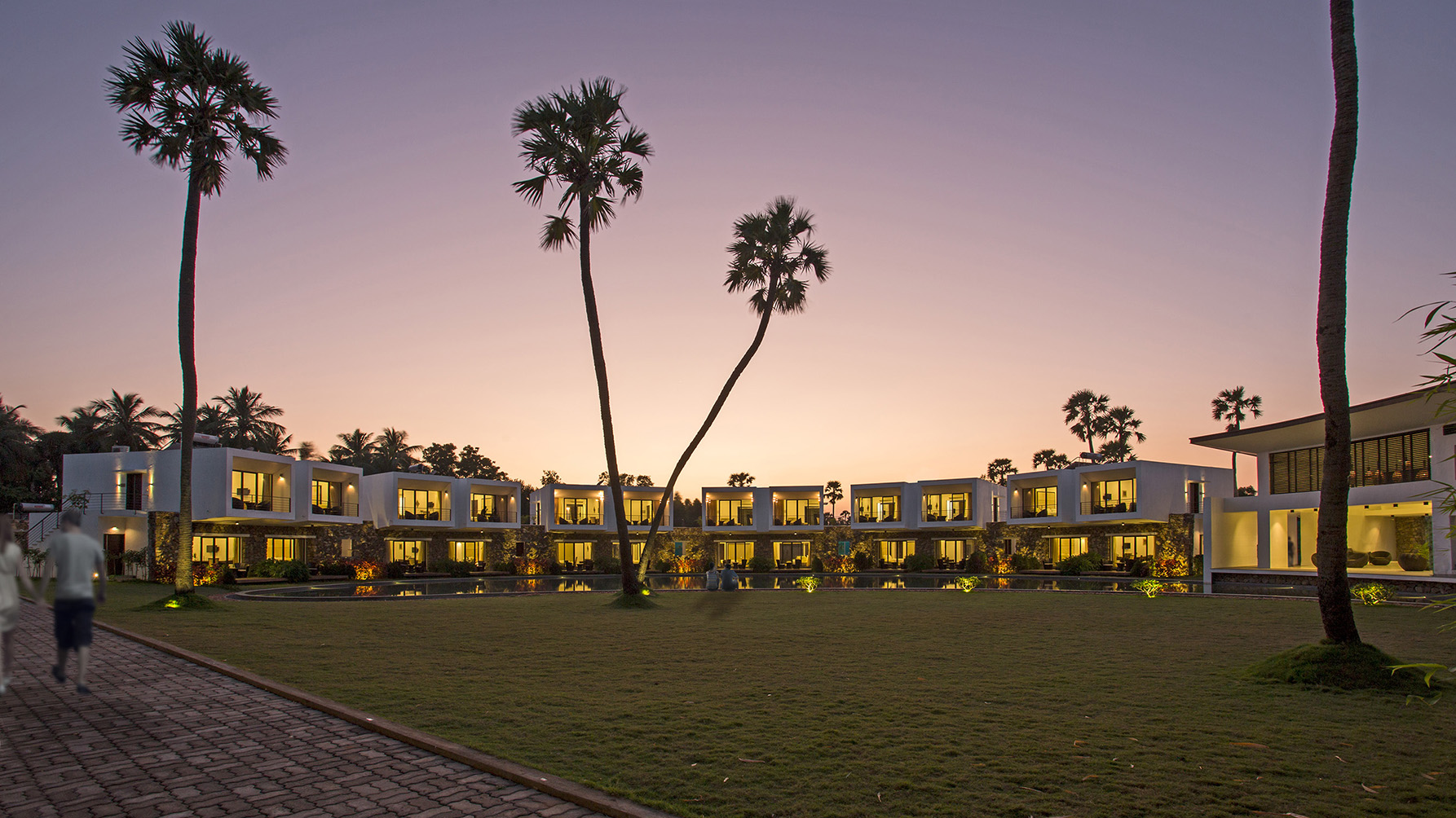 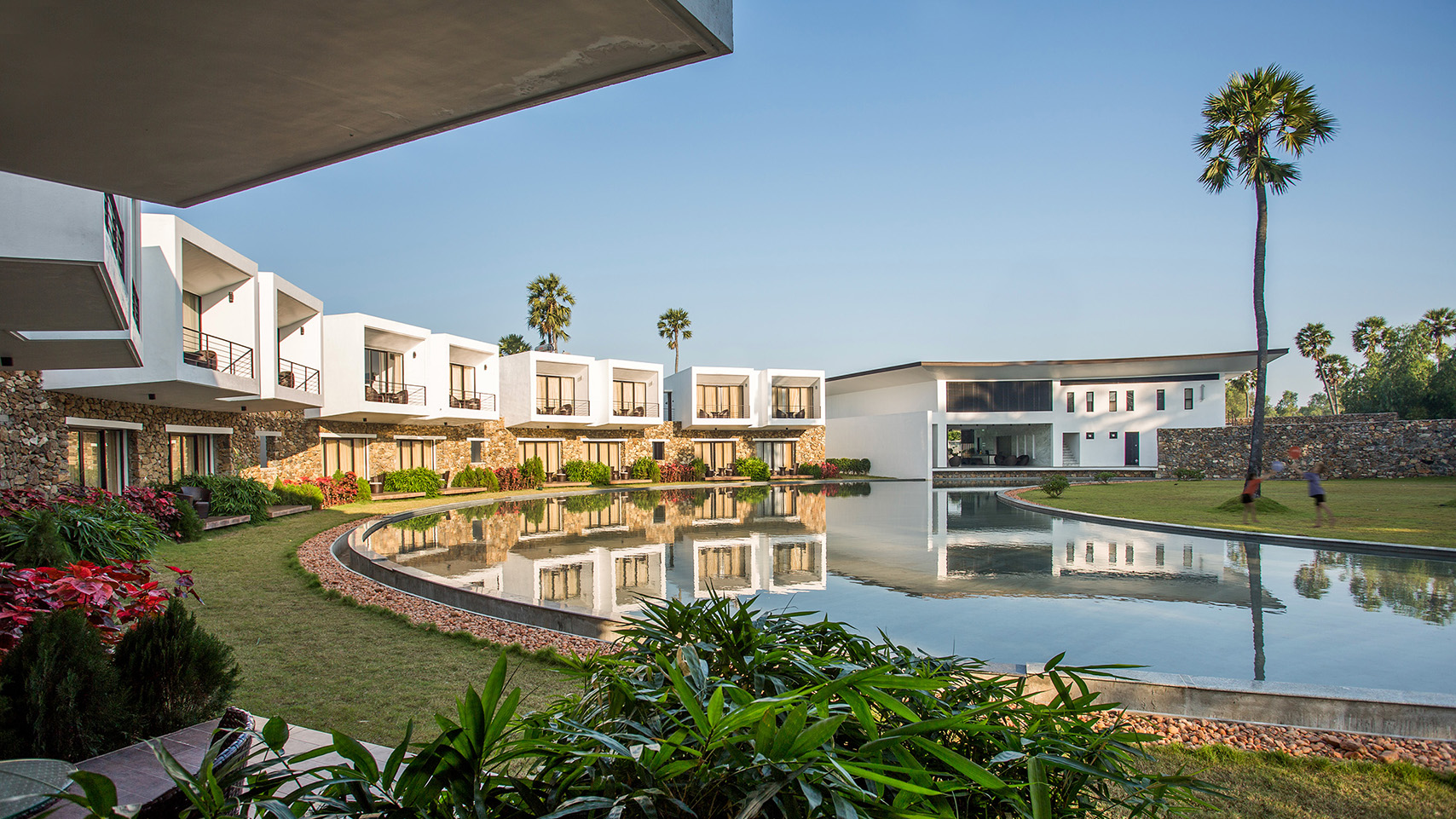 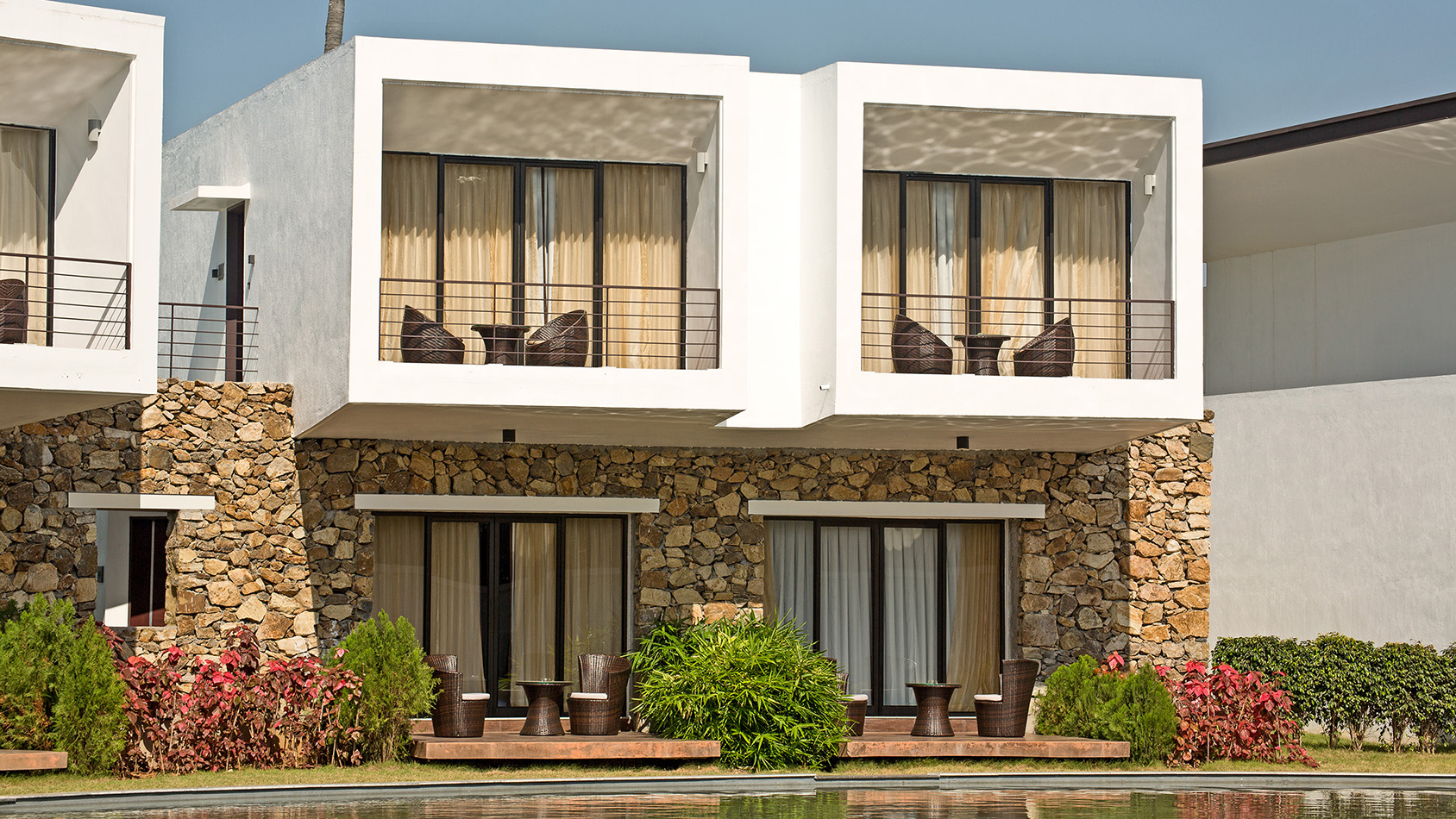 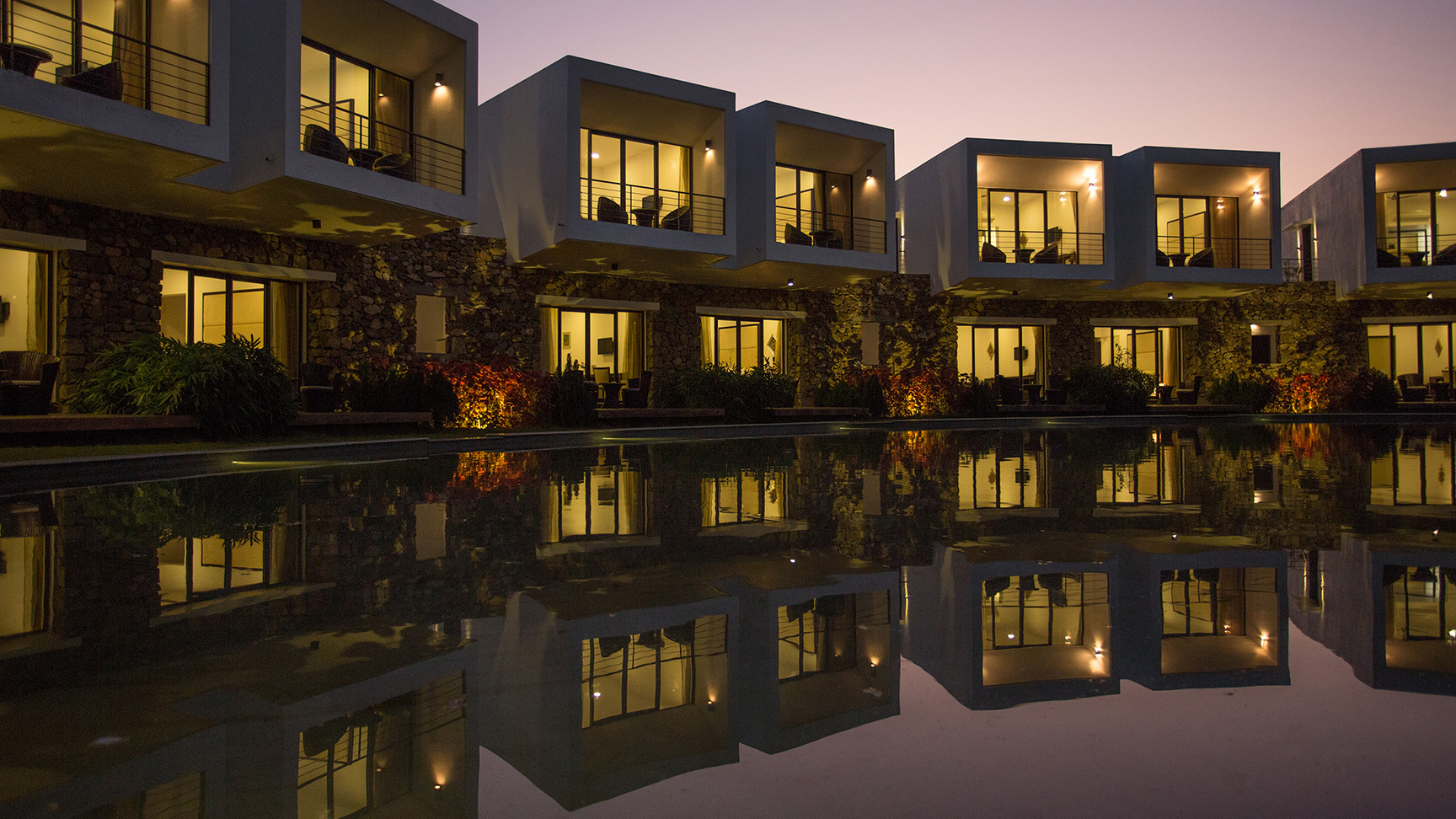 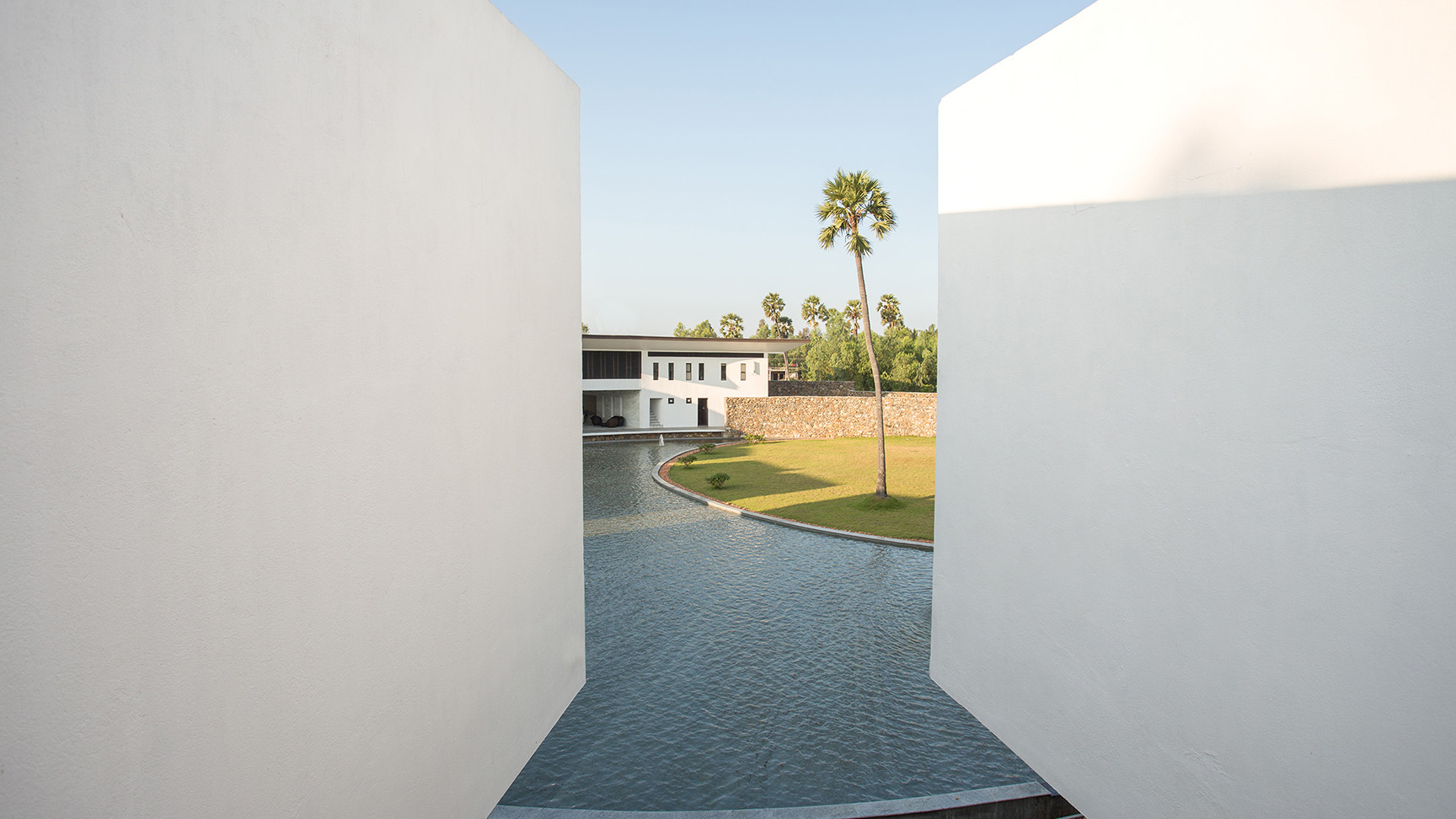 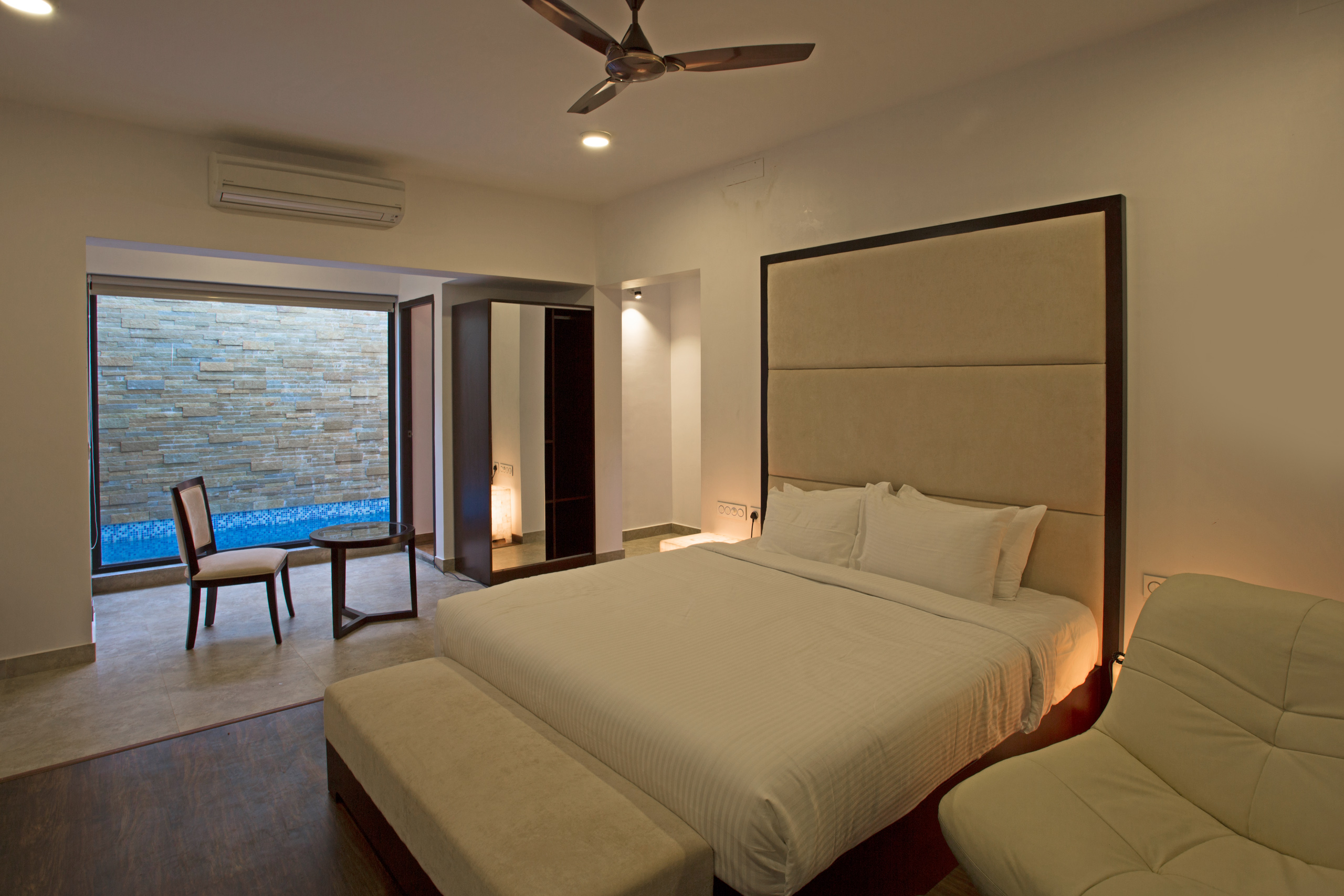 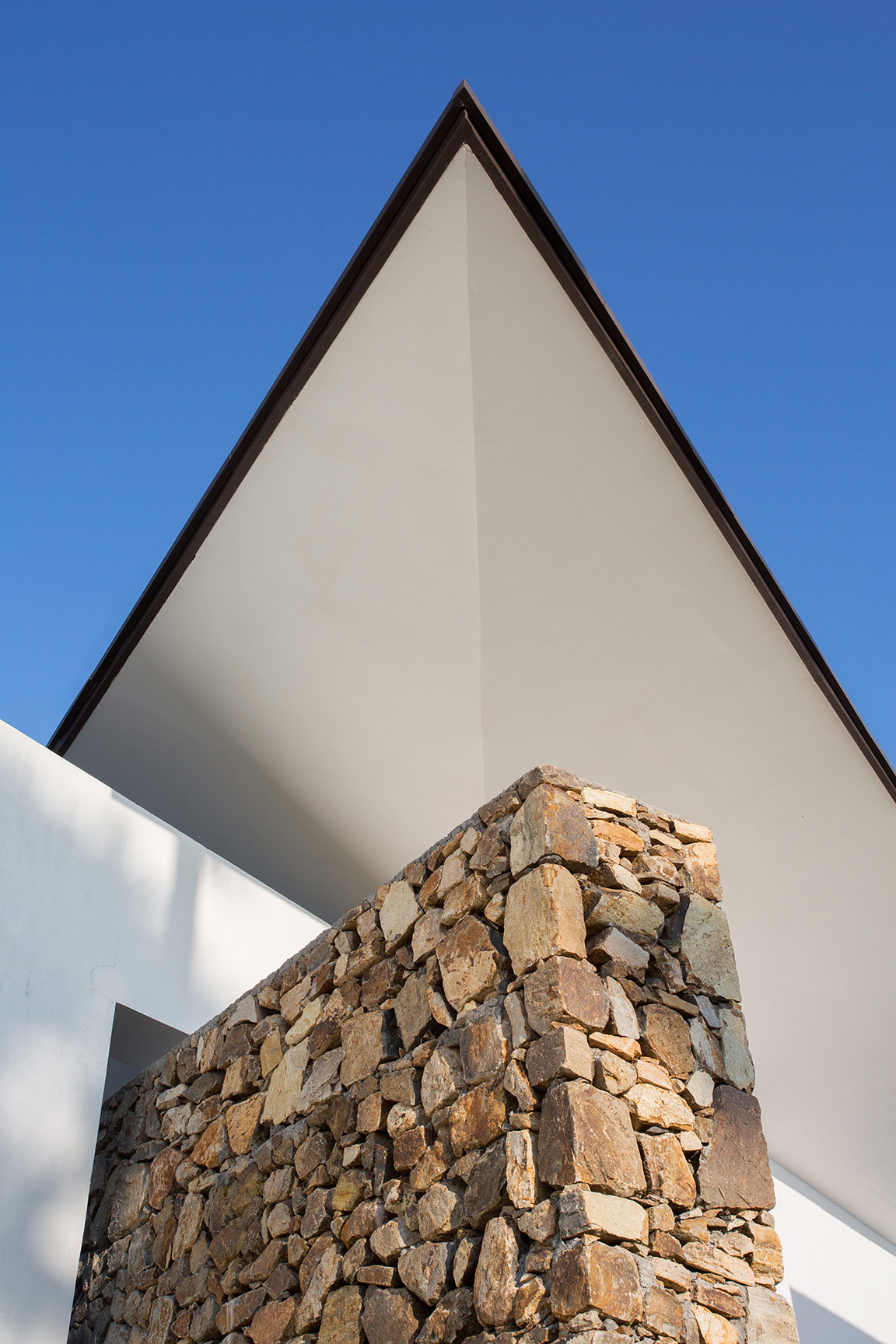 Anora Beach Resort is a sleek and slenderly designed resort in the east coast shorelines near the ethnic landscape of Mahabalipuram. The resort proclaims a sense of serenity with its simple forms leading to an effective and functional design. The built in the resort illustrates a parabolic path that focuses on the central artificial water body and palm trees that act as anchor points for the path. The villas sit on this path creating an axis of its own.

The concave part of the curvilinear path induces curiosity of what lies ahead, a sense of suspense that makes the circulation interesting.Whereas in the convex part of the curve, one can see end to end with all programs oriented around the water body. The built are segmented according to functions of the resort forming a series of punctures which act as portal frames to the water body.

The two floor blocks are staggered to form a shaded pathway which opens the rooms below to the water body and a niche at the back of the block which is accentuated with a plunge pool in the ground and open to sky bath in first floor.The building in itself generally remains cool due to the ingenious cross ventilation the design achieves.

This resort fills one with a sense of tranquility and openness with its soft and breezy appeal. The sight of the water body and distant sound of gushing waves instantly puts one to ease.