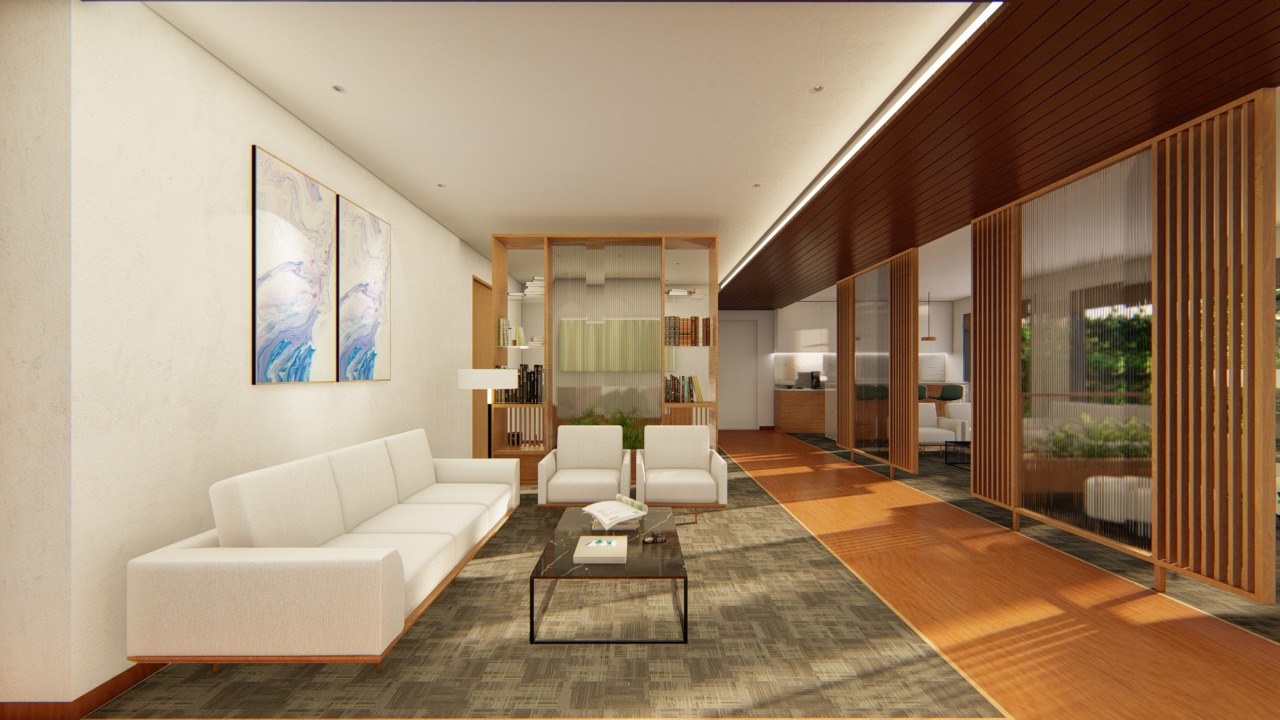 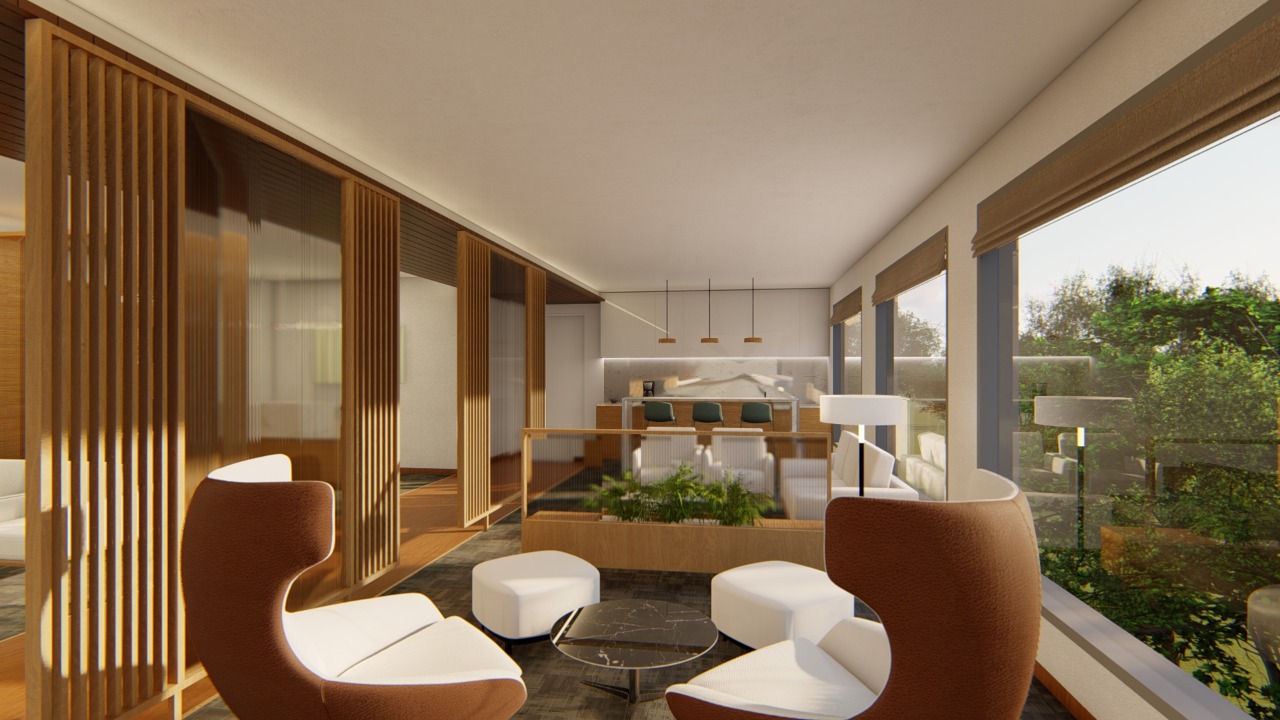 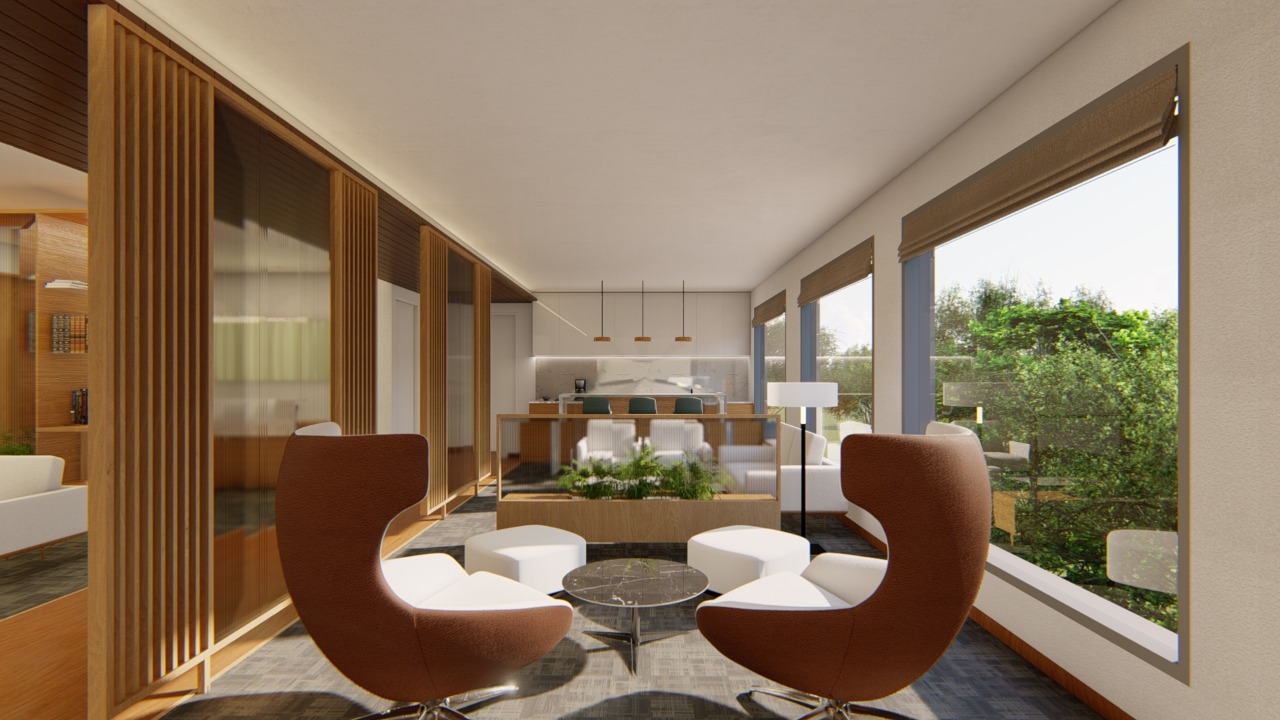 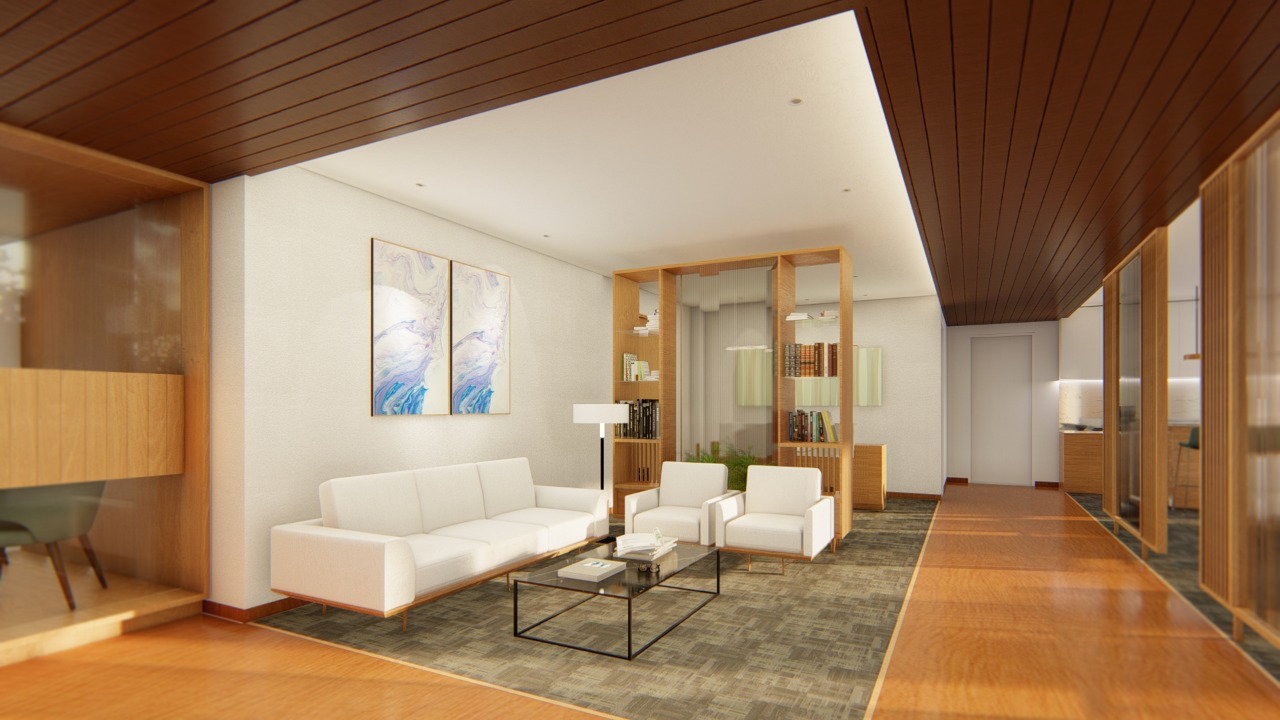 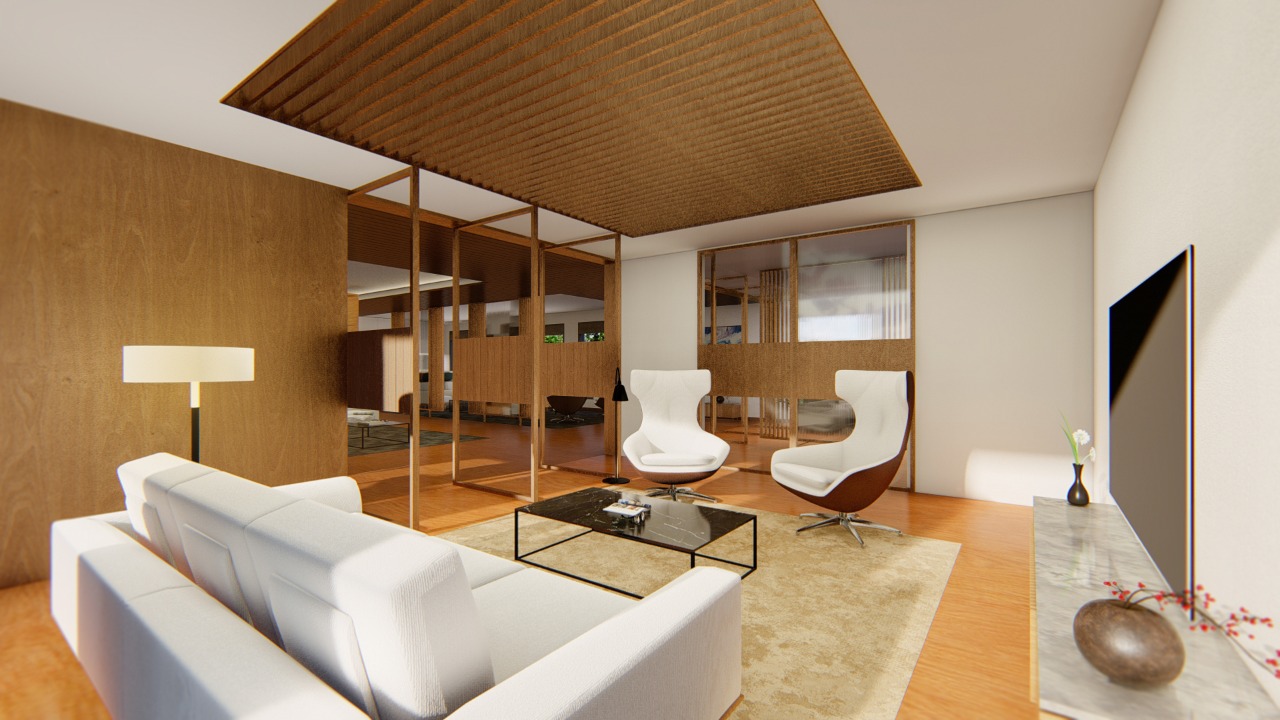 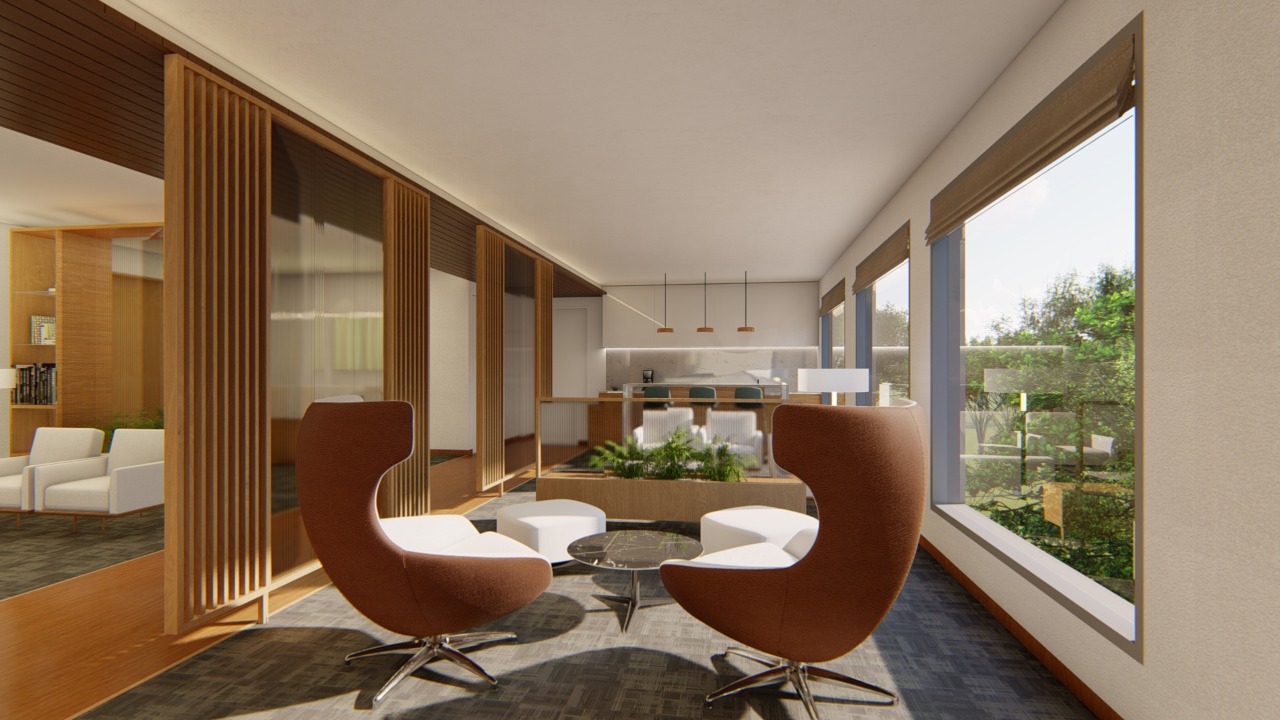 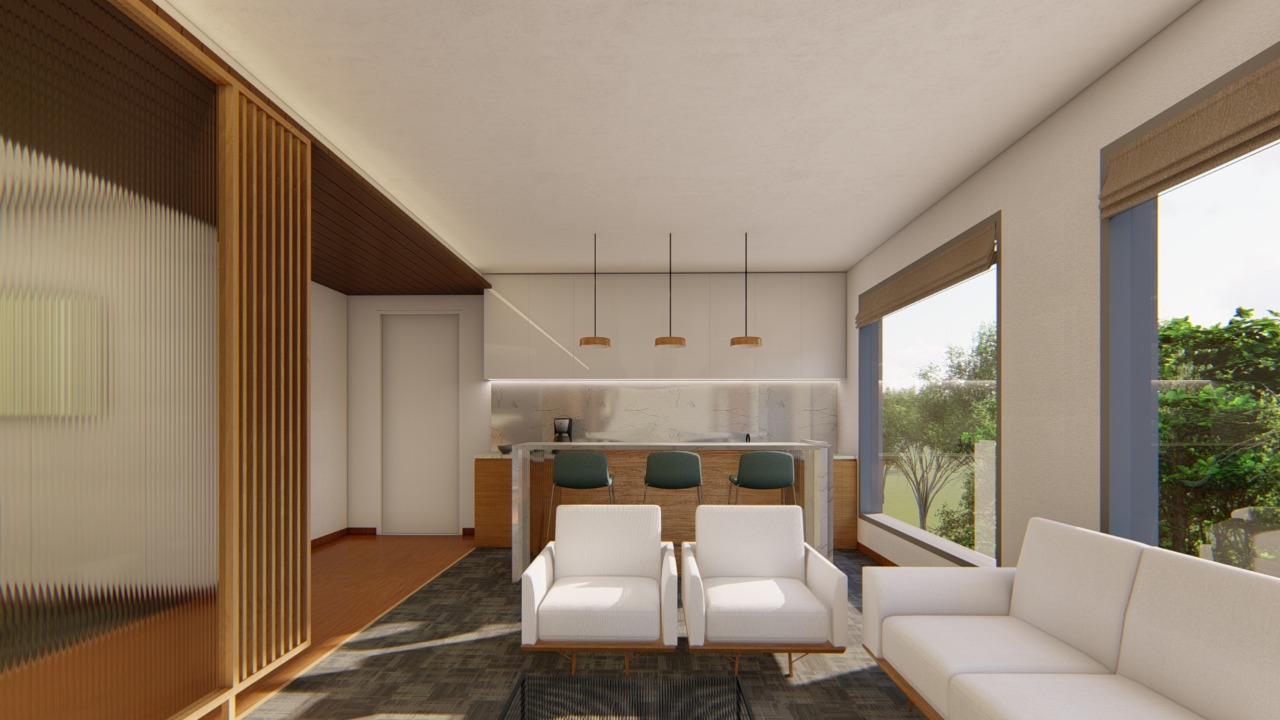 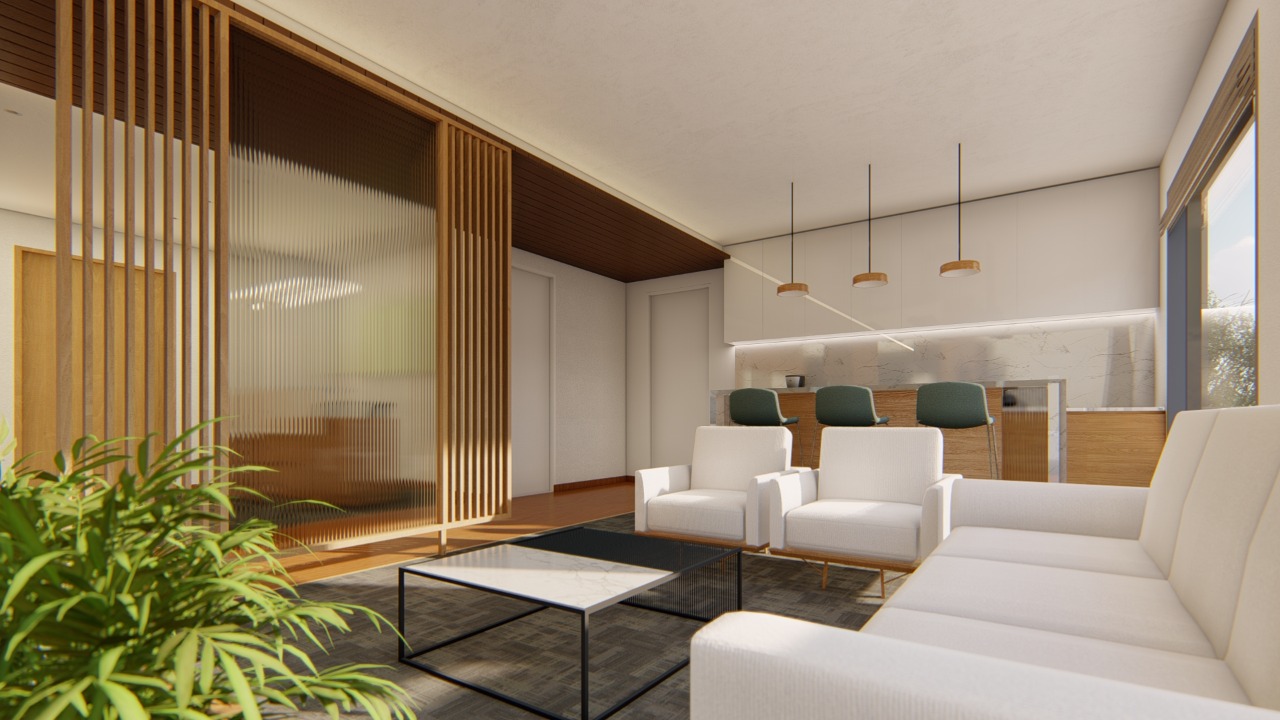 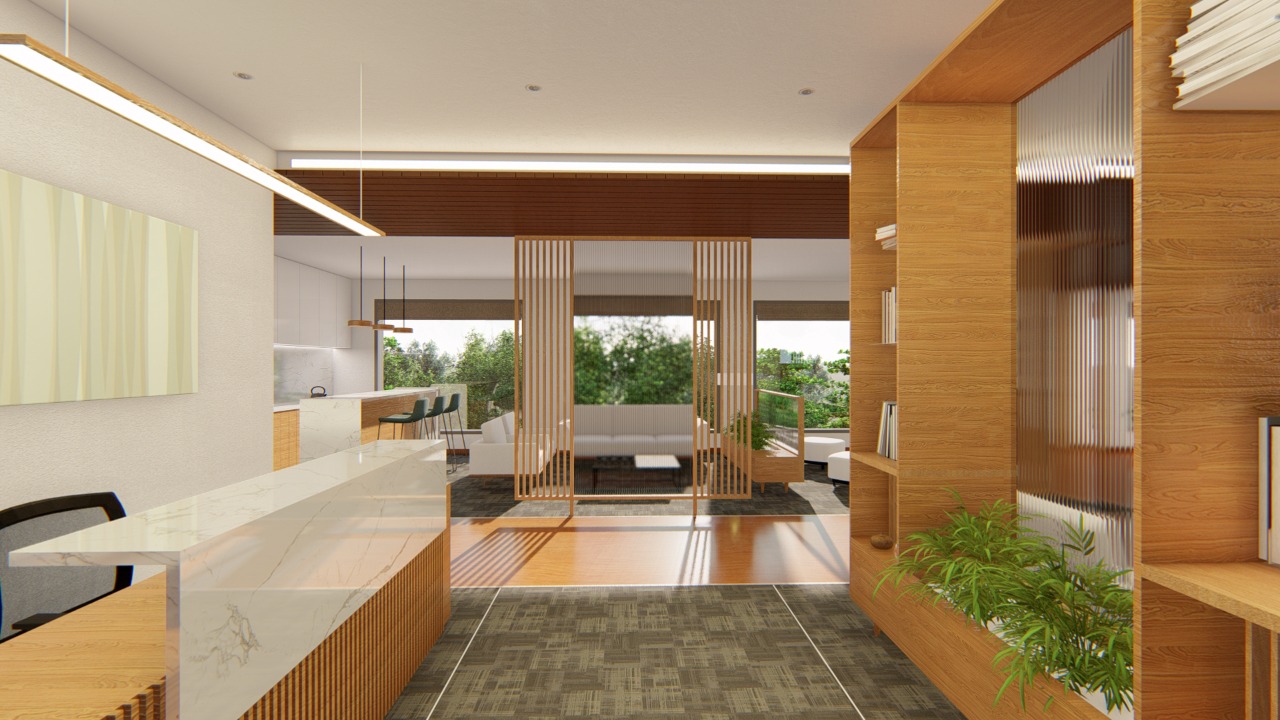 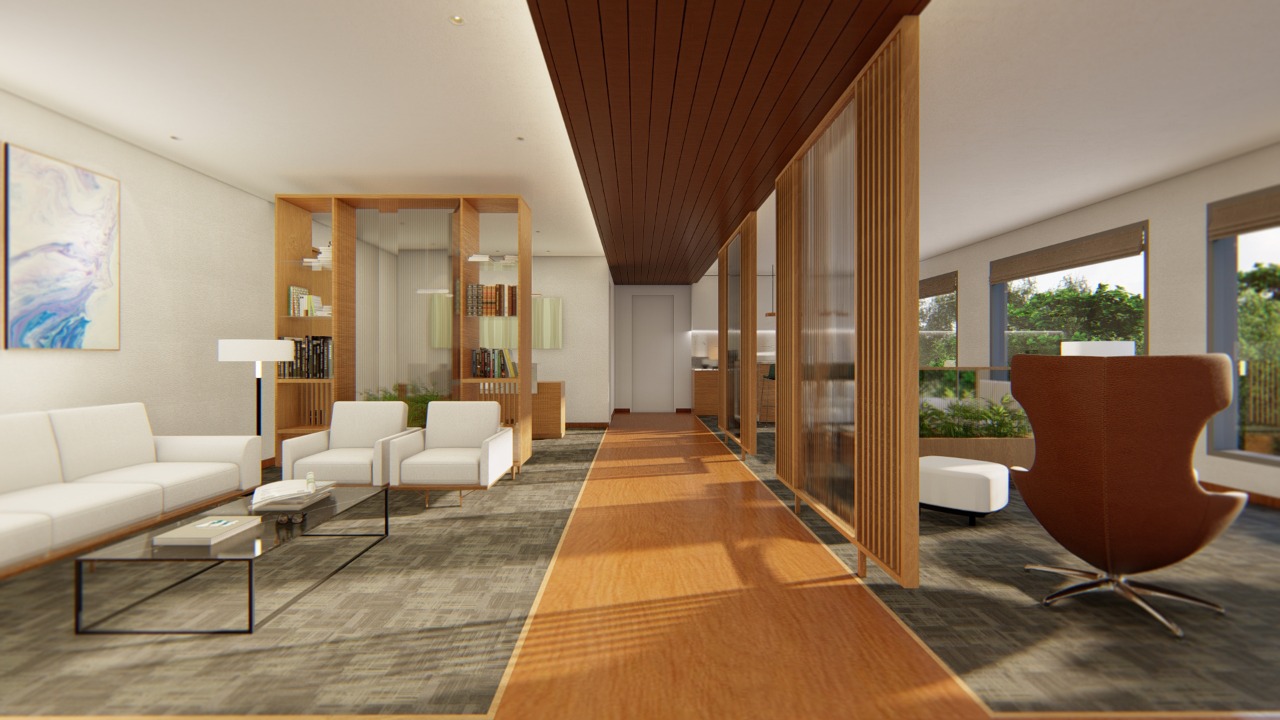 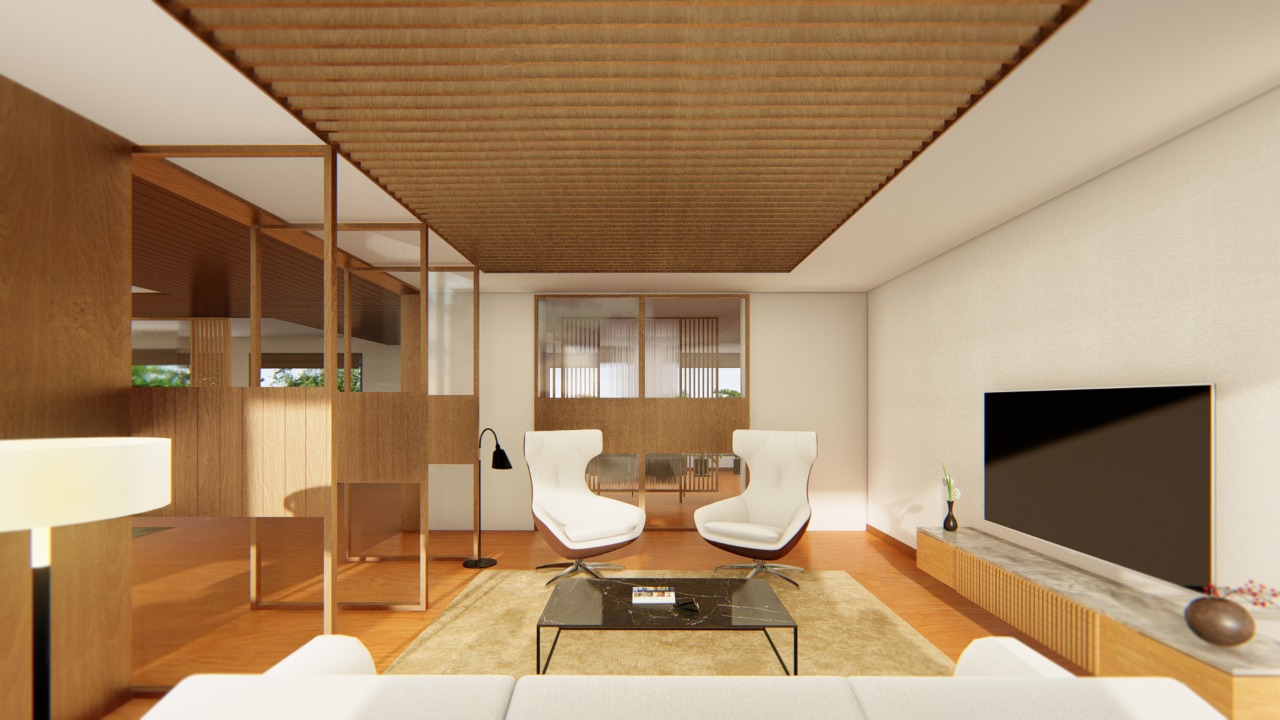 The brief was to imagine and execute a rich, inspiring and yet functional look for a  high-end business lounge and office space in Alwarpet. The space was to serve two polar functions – a normal working office, and high class lounges and board rooms for top-brass meetings, and hence had to be tailor made to wear both these looks.

To serve this duality in function, balancing privacy and porosity became the driving approach of the design. Given its linear stretch and a centrally placed entrance, the office was conceived as an open layout, with lounges/work spaces in the middle; one extreme end is cordoned off to house support amenities, pantries and back offices while the other end is occupied by the board rooms. All these spaces open into a central long corridor like strip which bifurcates the office and provides some definition and direction to its open layout

The spaces had to be multifunctional – they had to enclose sometimes and open up, at others, look posh and high-end while still be sensible enough to allow regular functioning. The vertical elements were al treated to achieve a sense of privacy while still being porous enough to allow movement/visual connectivity. The central strip, the connecting core of the entire office is devoid of any partitions and is solely defined by highlighting the floor and ceiling above it. The executive lounges and lunch areas are defined with vertical partitions that alternate between opaque and transparent finishes, to allow visual connectivity. The partitions are also pivot-able, opening up the lounges to seamlessly merge with the office during normal working days, without executive meetings. The entire idea is to make the space feel whole and one while still allowing function-induced segregation and privacy.

The palette was contemporary - one that was smooth and straightforward. The classic combination of warm wood and whites made for a space that looked luxurious & elegant while still practical.