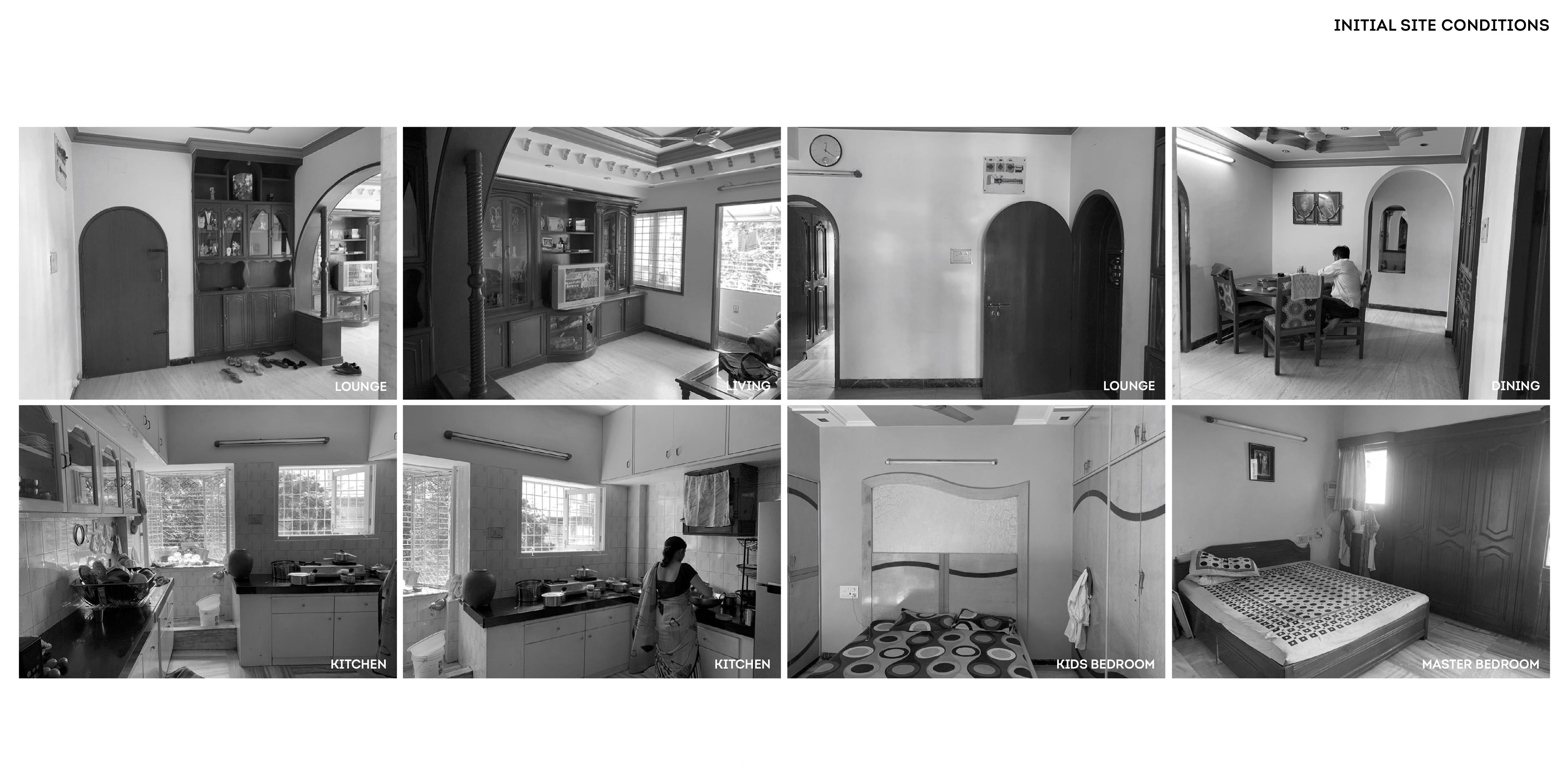 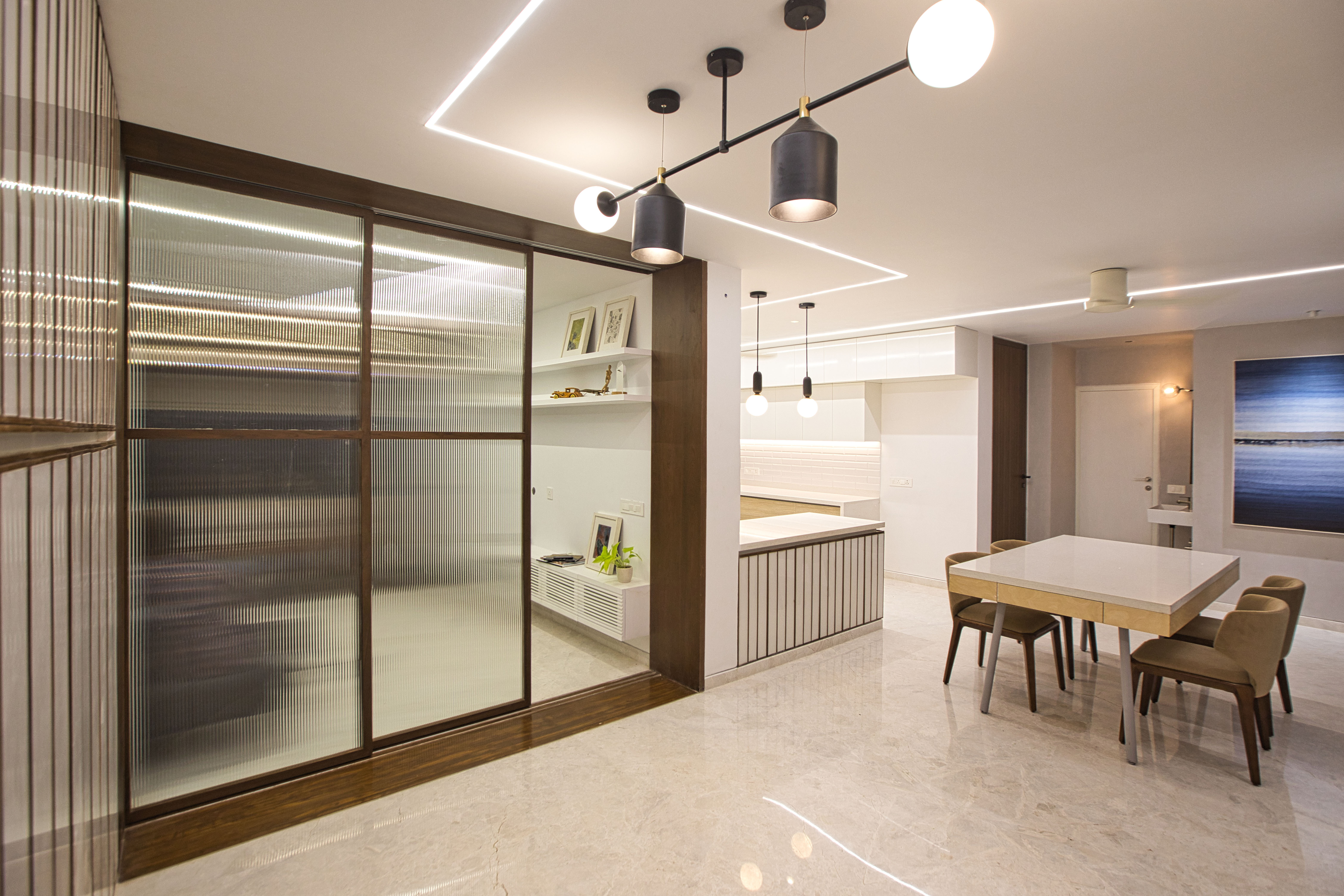 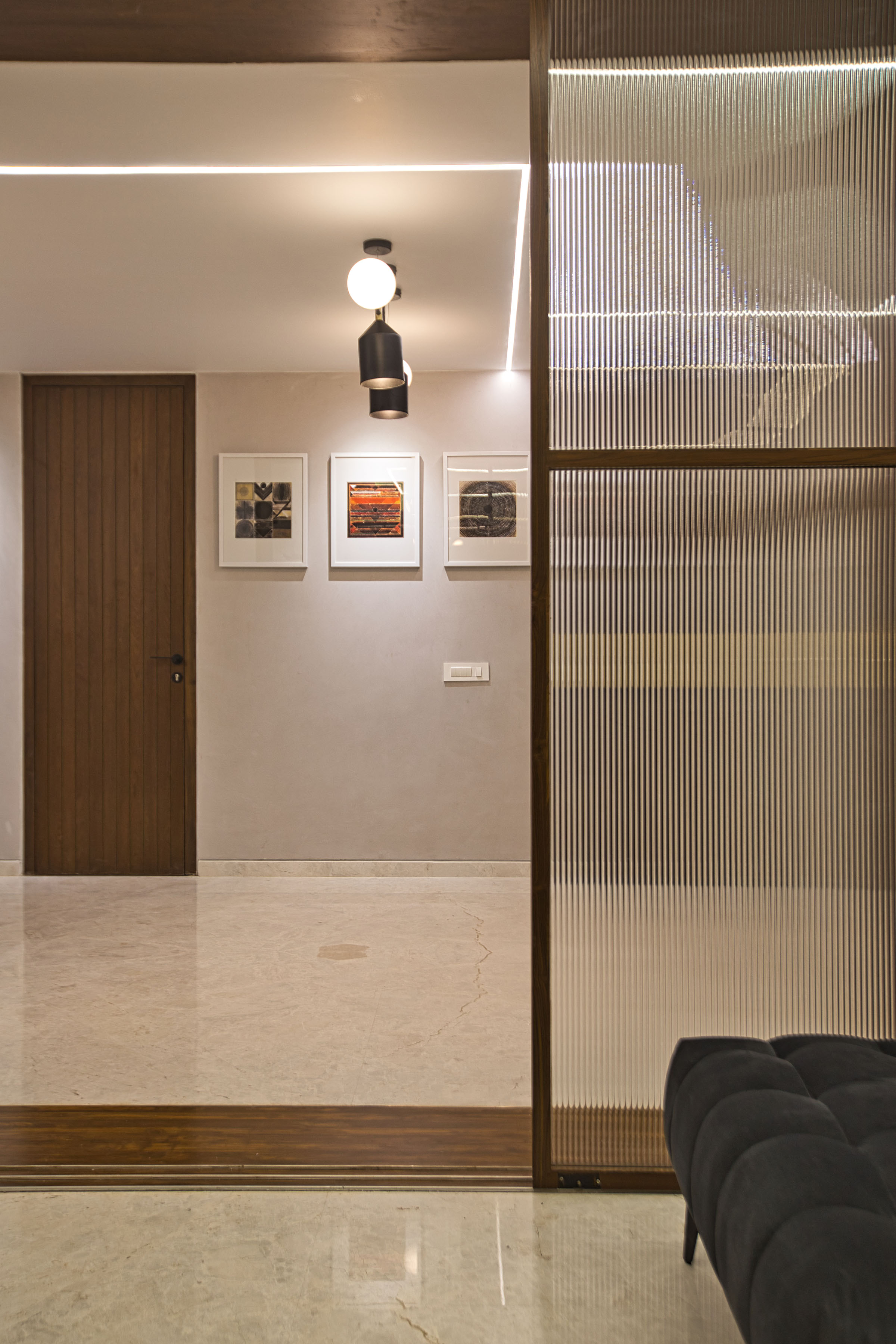 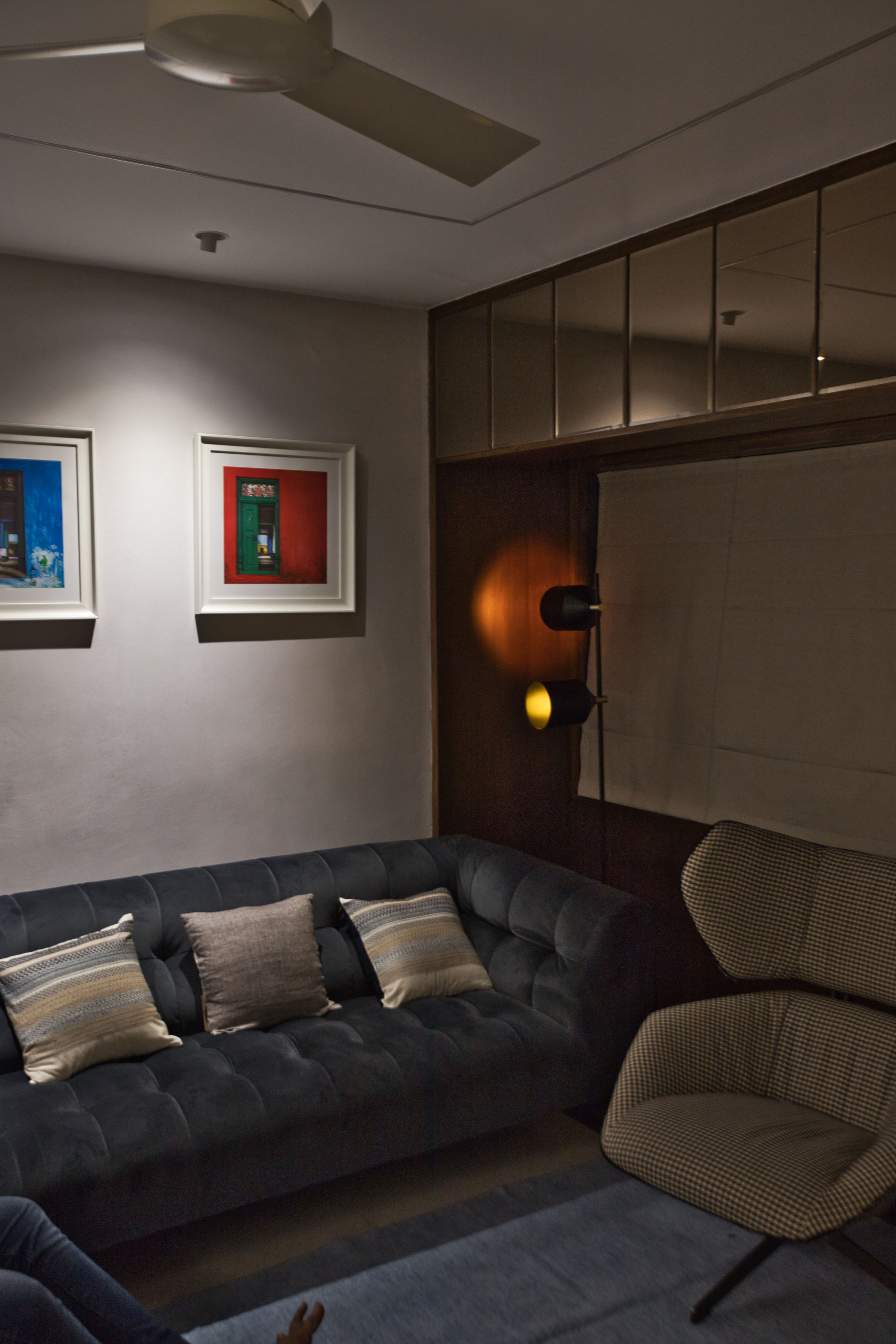 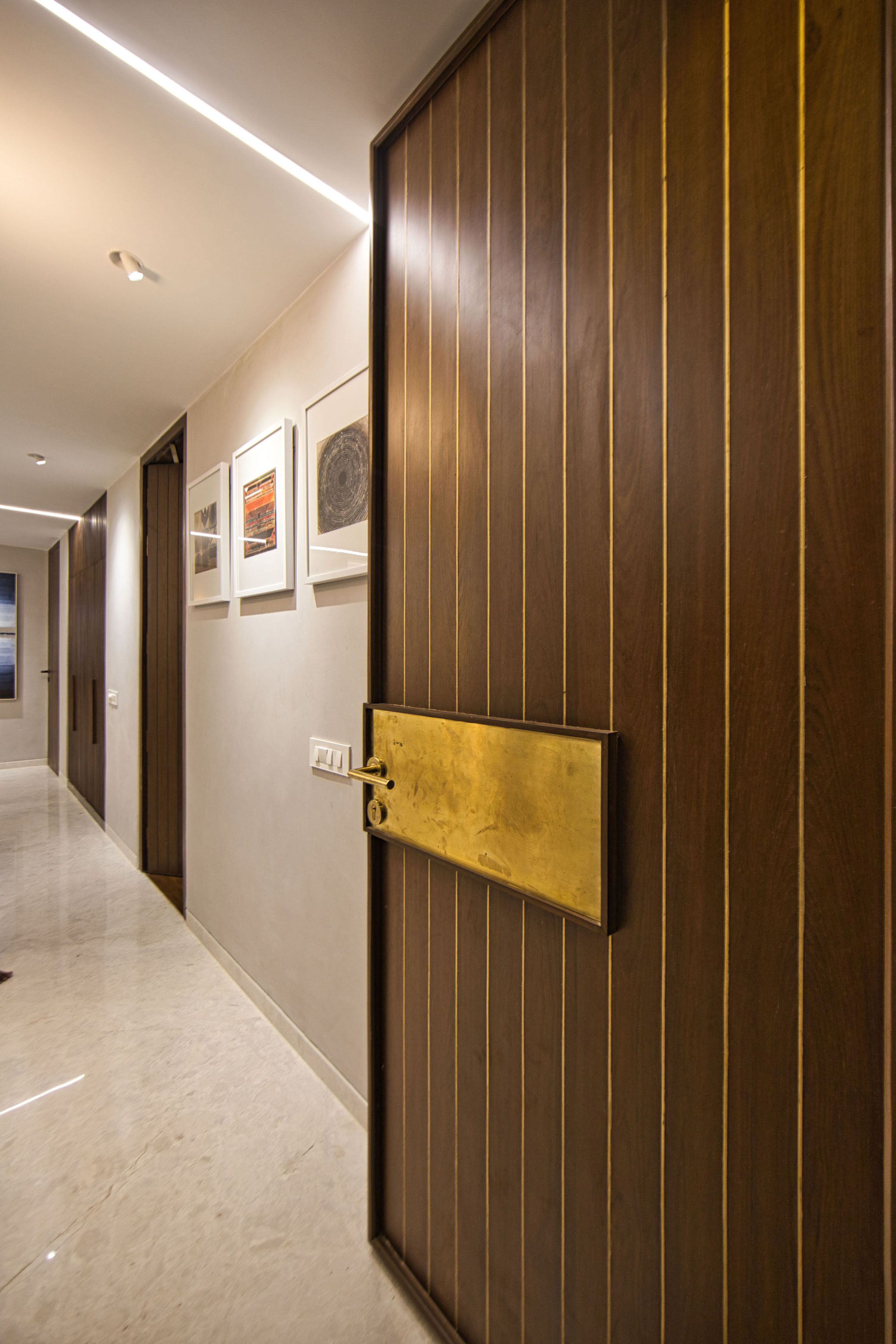 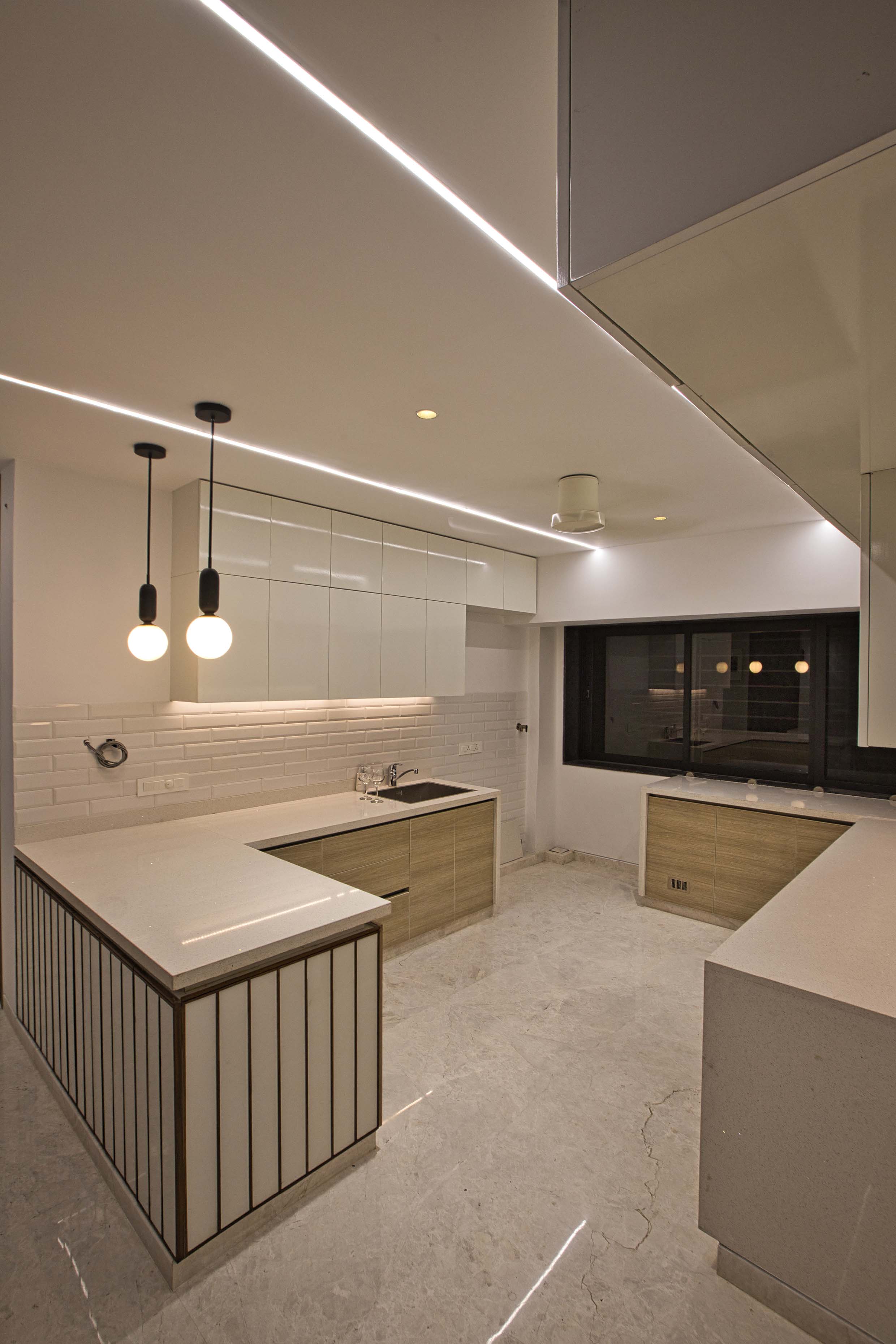 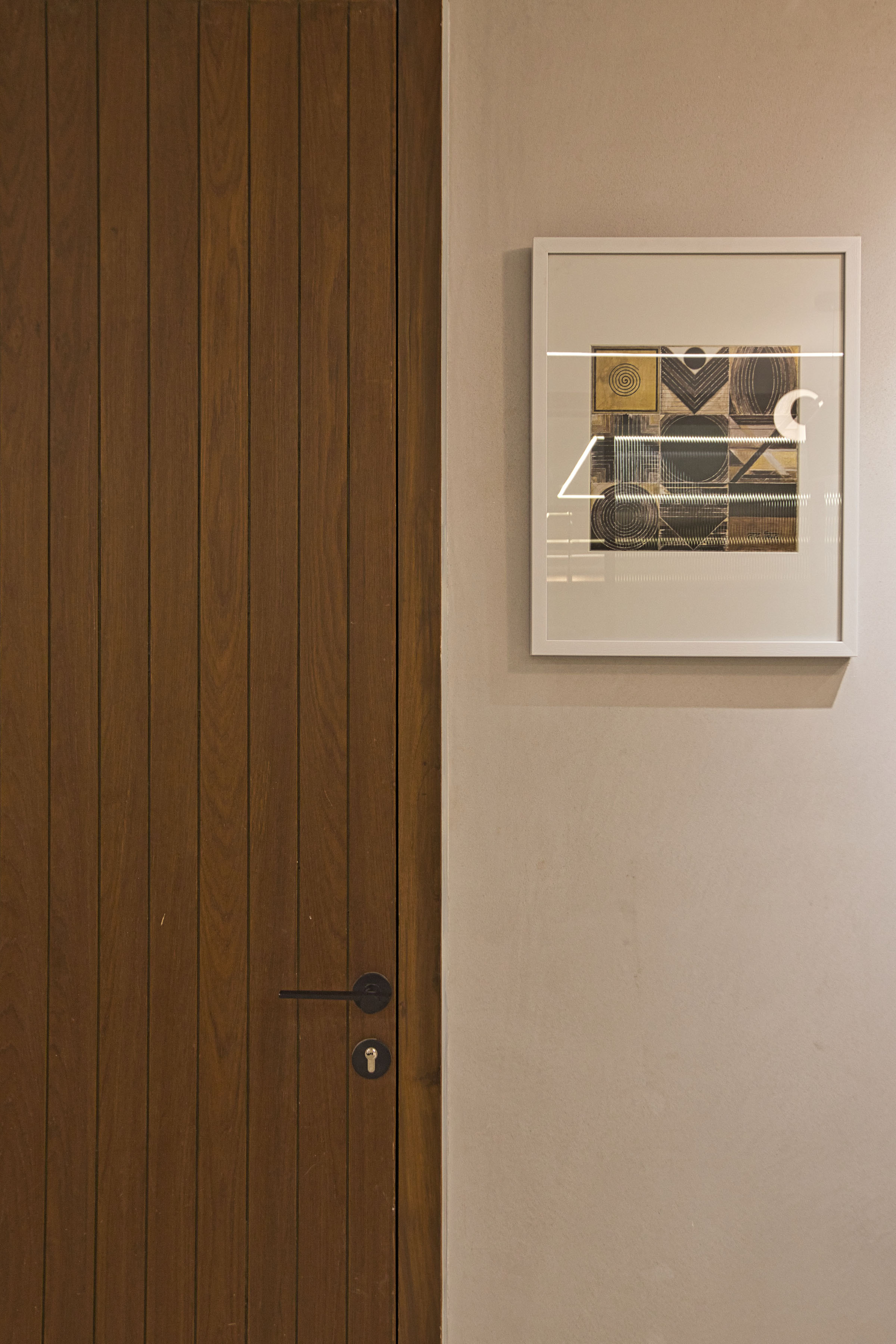 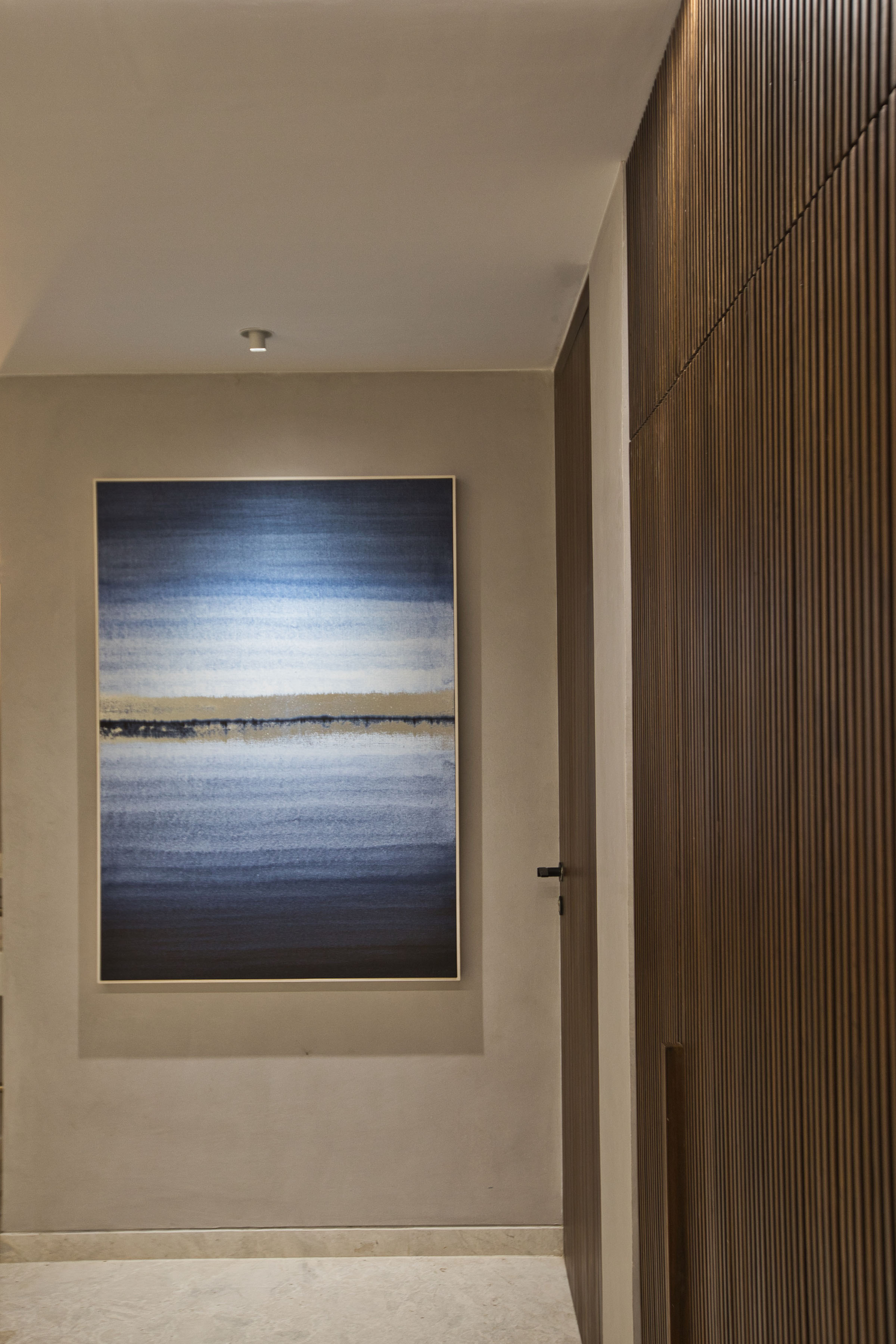 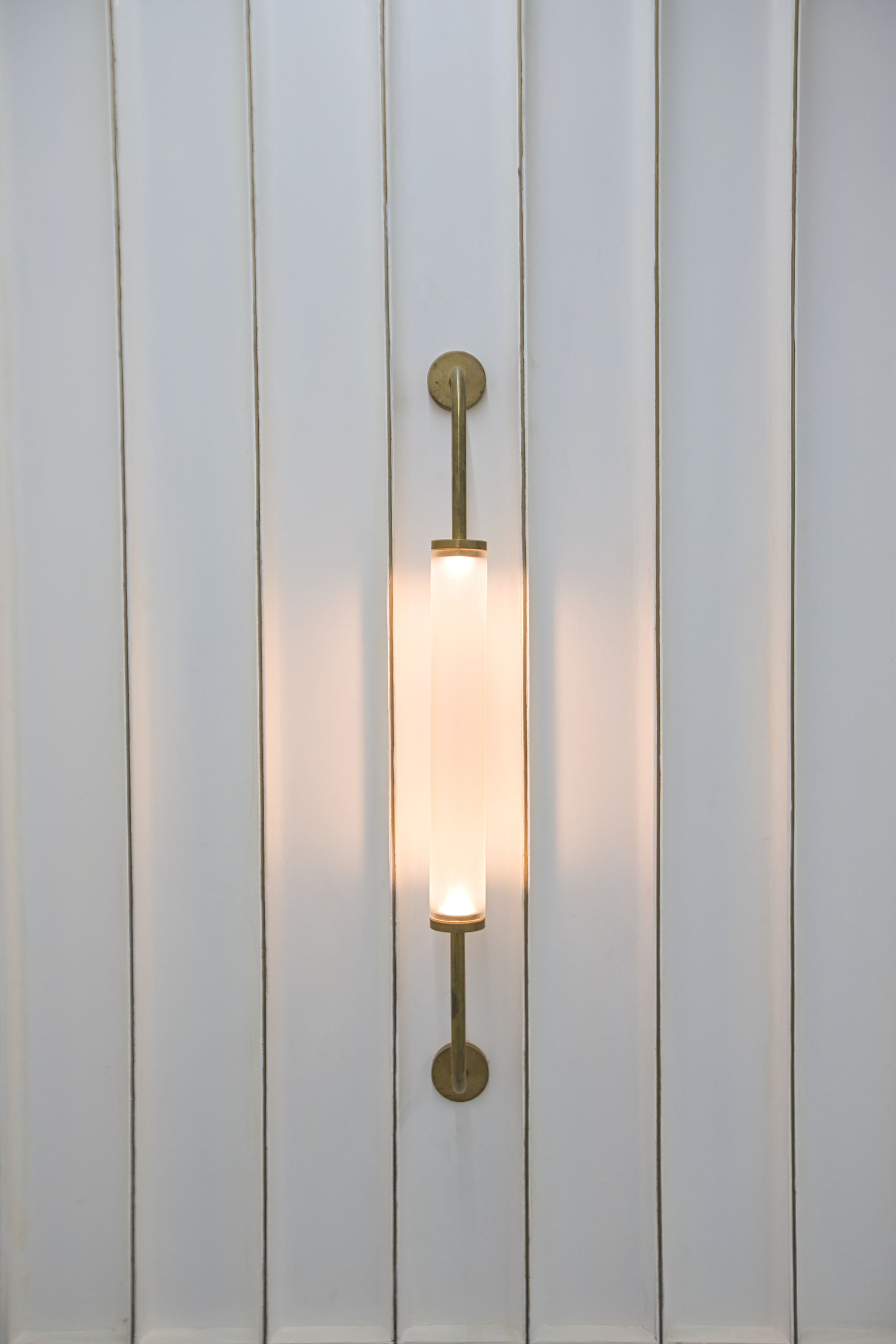 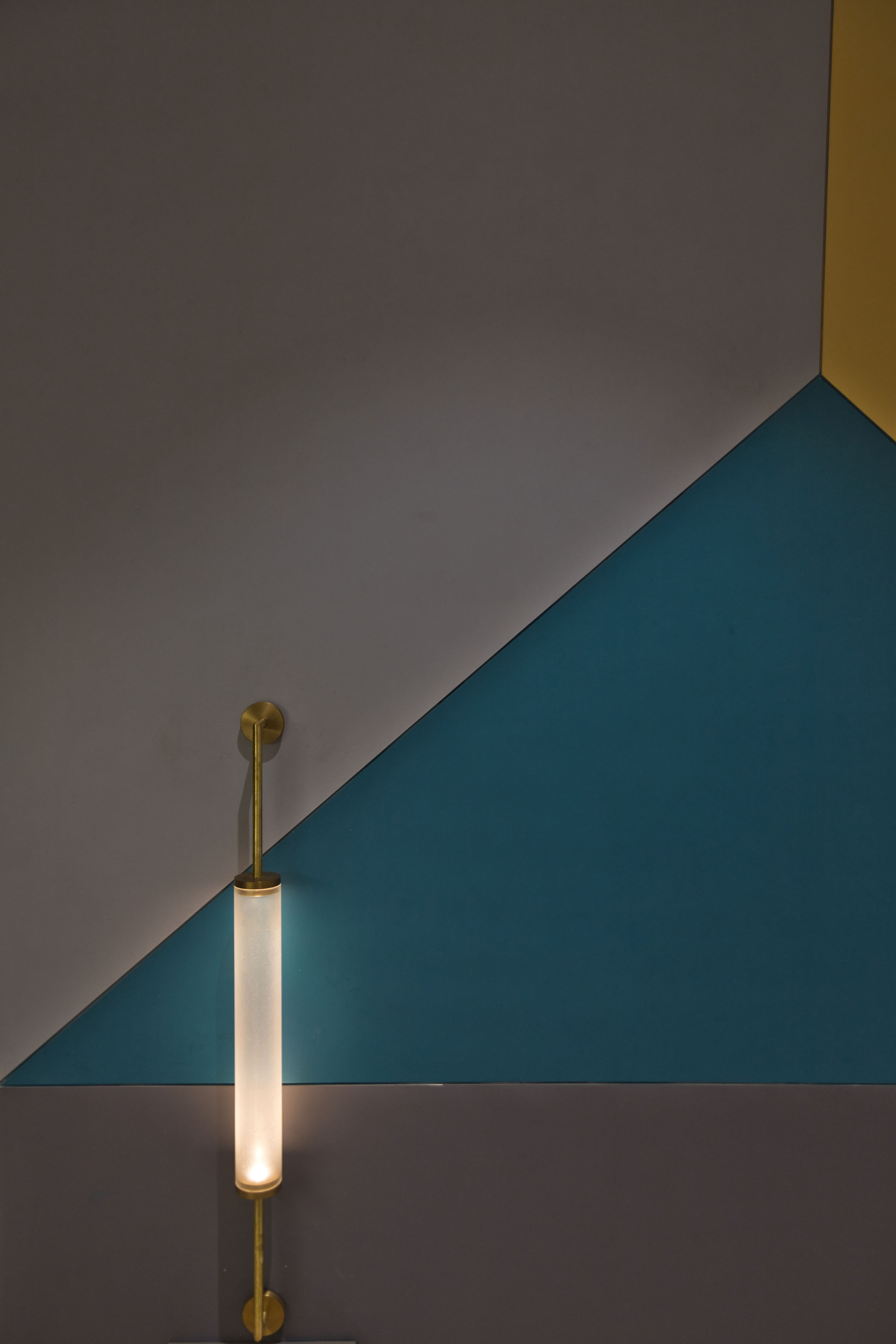 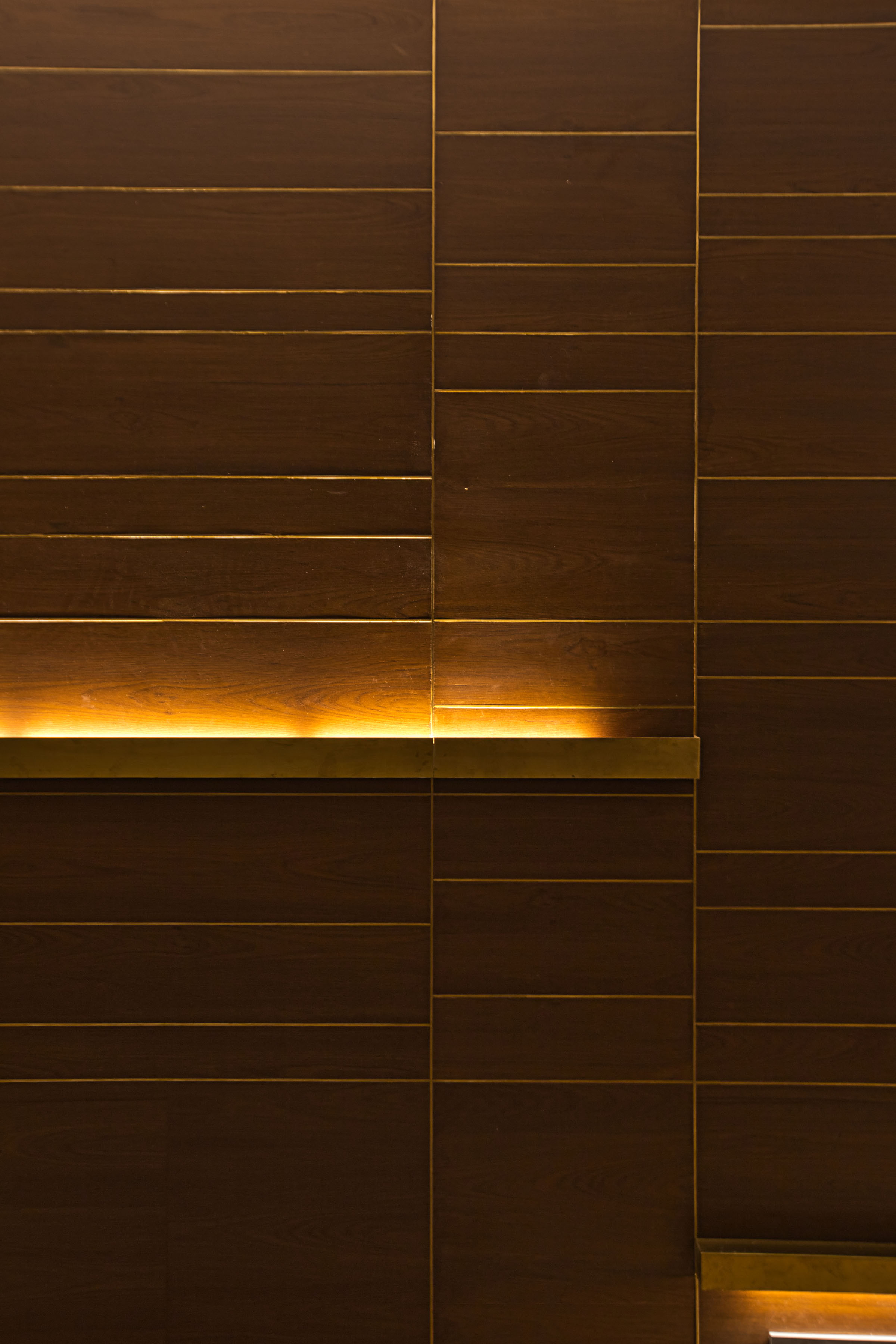 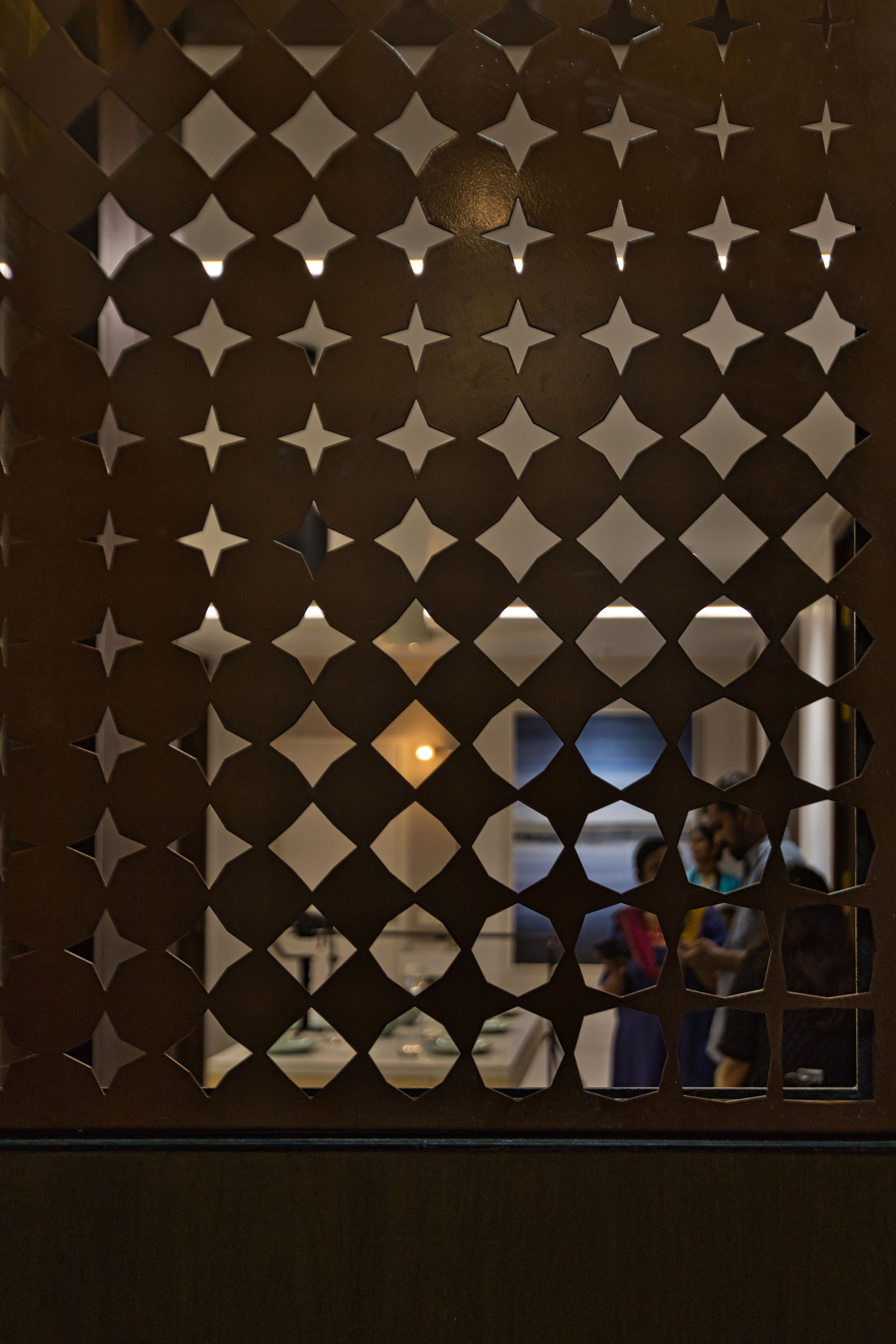 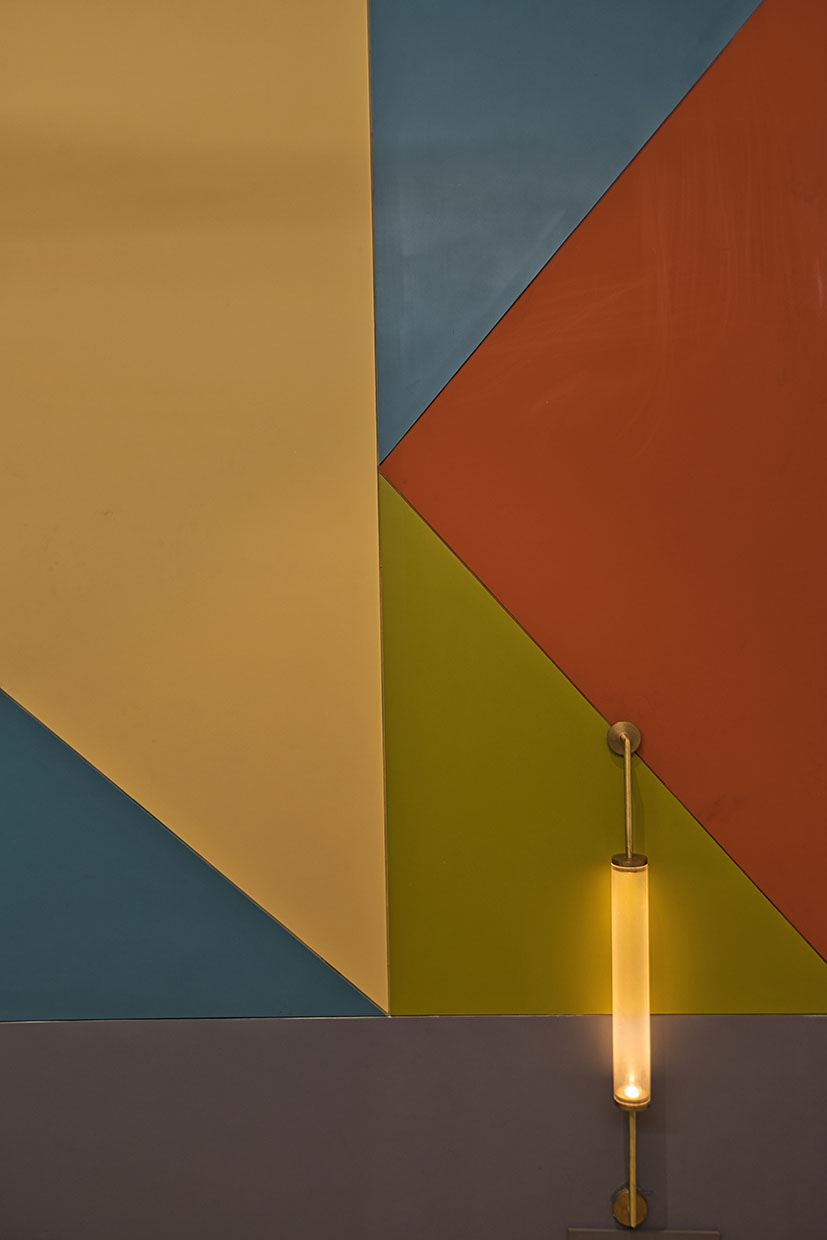 The project is set in a 25-year-old apartment block, featuring a brick façade, sitting opposite the Vepery Jain temple. The flat's long history, seen in the numerous additions and alterations, has resulted in a space rich with clutter and corners. The many walls and partitions fragment the space making it very busy.

The client wanted an architectural mop-up of the interiors with a new look that would broaden, enlarge and direct space usage visually and functionally. Copious storage space was another important requirement to be accommodated.

To open up space and make it look larger than life was the spark that ignited the design process. This was suitably achieved by emphasizing the lines of the house through clever design decisions such as playing the vertical element to exaggerate the internal space. Ceiling-high doorways, vertically grooved wall faces, customized tall tubular lights all lead the eyes towards a seamless ceiling sans levels or moldings. Profile lighting, used in the ceiling, replaces walls in defining the internal space into different volumes.

An interesting Material palette was put together to bring out a modern and minimal look. Warm wooden shades highlight all transitional spaces, framing and funneling vision. This framed treatment is applied to the doorways leading from the dark staircase into a larger and lighter living room; openings into the bedrooms and bathrooms.Neutral hues of white and glass largely cloak the interiors to make the space look spacious and fresh. A variety of textured material in shades of white was explored - white Italian marble, white glass, limo coat plaster, white quartz,white tile.  This, in essence, broke the monotony visually and also rendered tiny surprises to touch and feel.  Details were highlighted with brass inlays,giving that Indian touch to a largely minimalistic composition.

The house consists of three bedrooms,each of which was treated differently while still aligning with the core concept. Horizontal grooves inlaid with brass made for one room's headboard giving it a broad rigidity; while a soft look was created by using long,scooped out wooden panels for another. Both were accentuated with customized tubular soft lights that complemented the scoops and lines. The Children’s Bedroom is a drastic departure from the sober aesthetics of the rest of the house. Splashes of color cut across by random crisscross of lines add some necessary drama.

This largely minimalistic approach to the interiors induces some order into the household clutter it encases - echoed in the only busy element in this entire ensemble of strokes – a tessellated pattern grill at the entrance, another in- house creation.