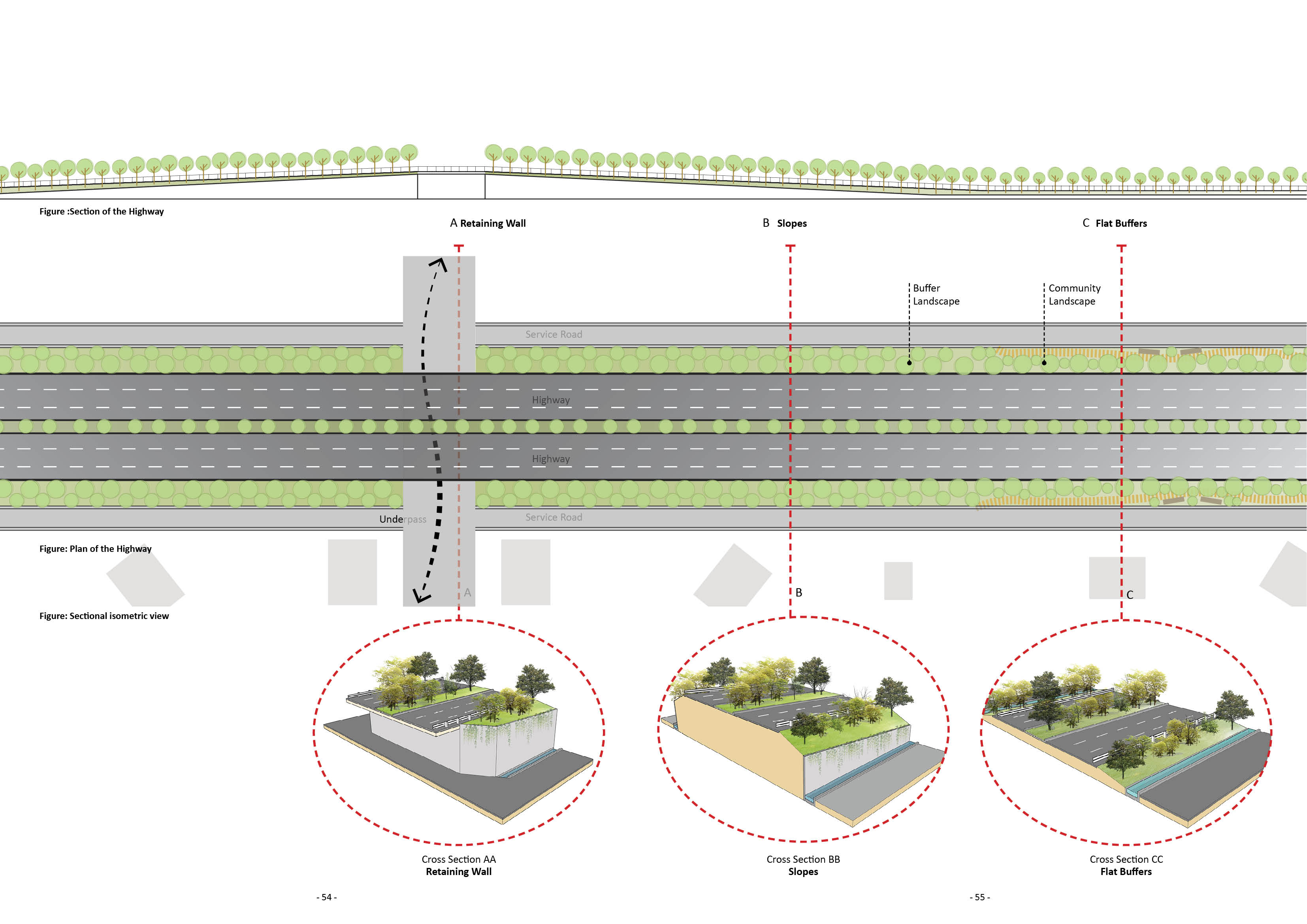 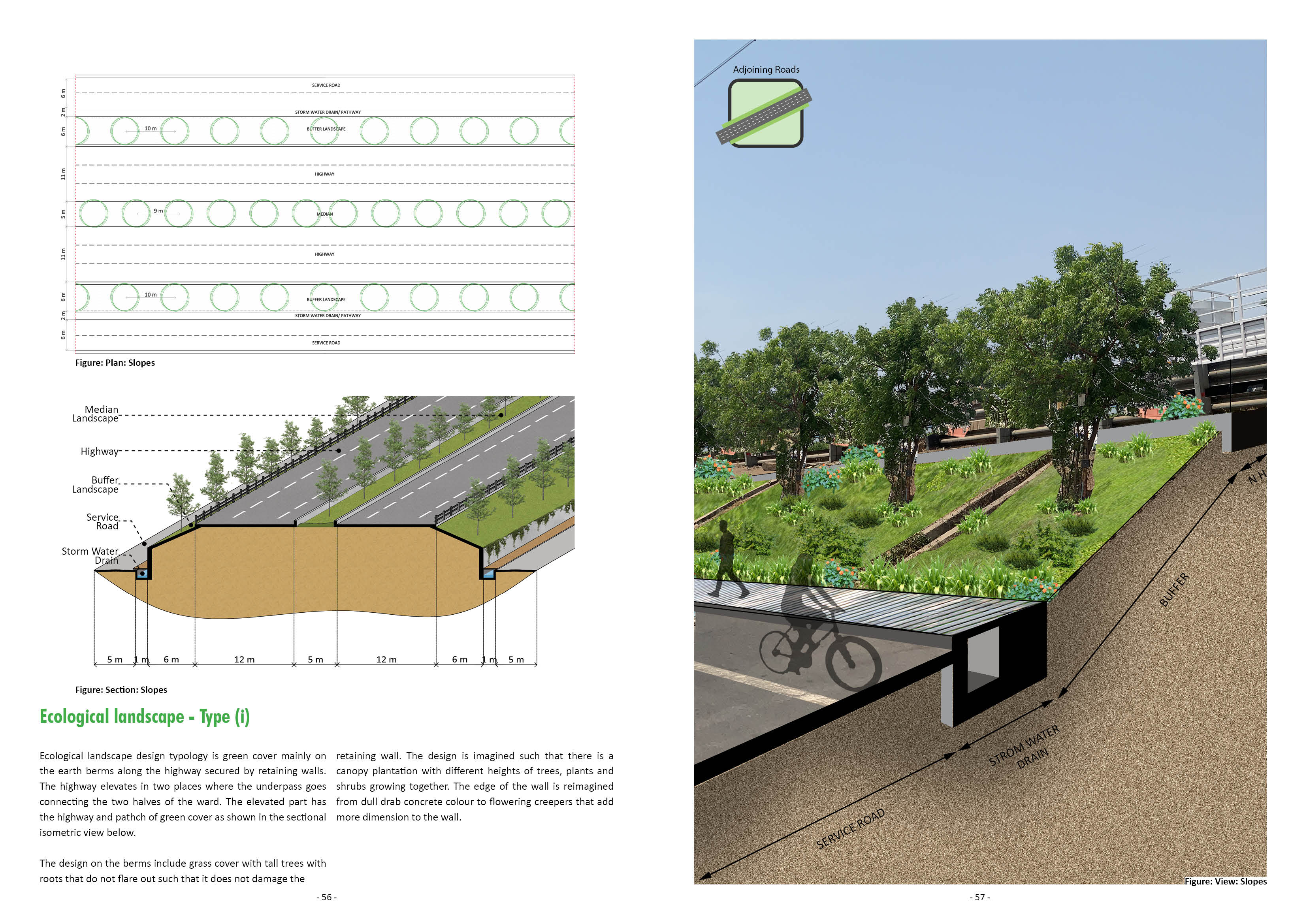 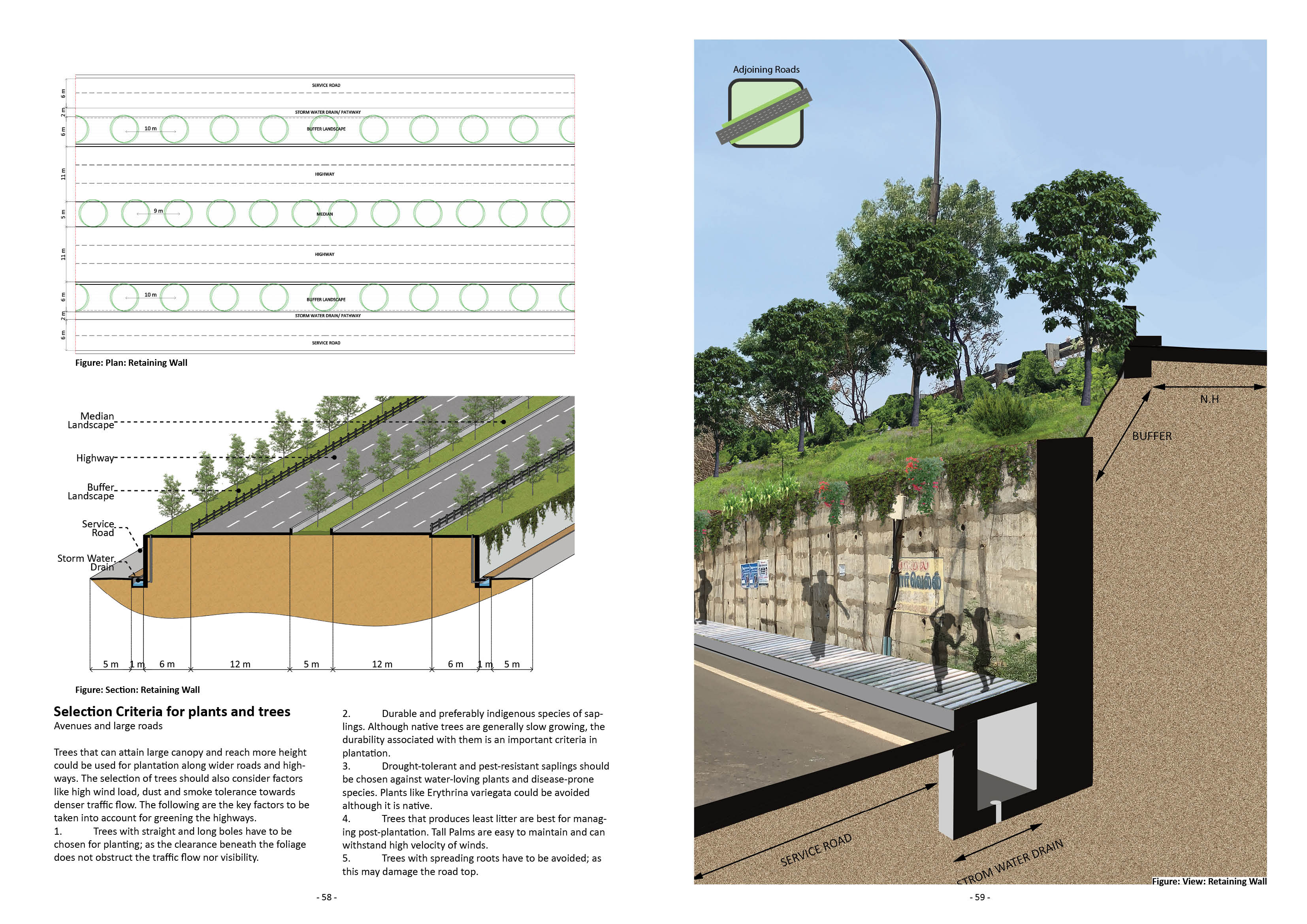 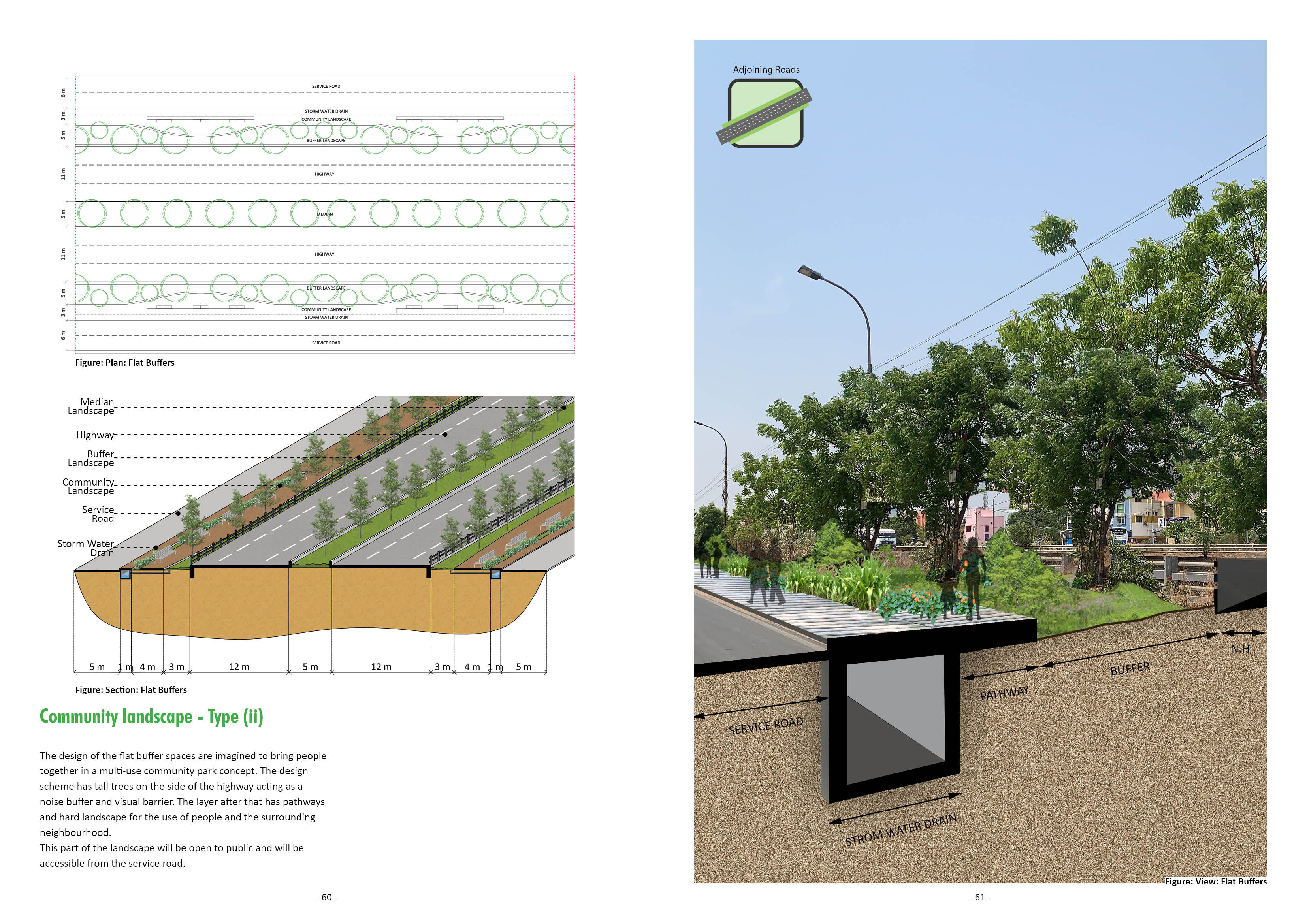 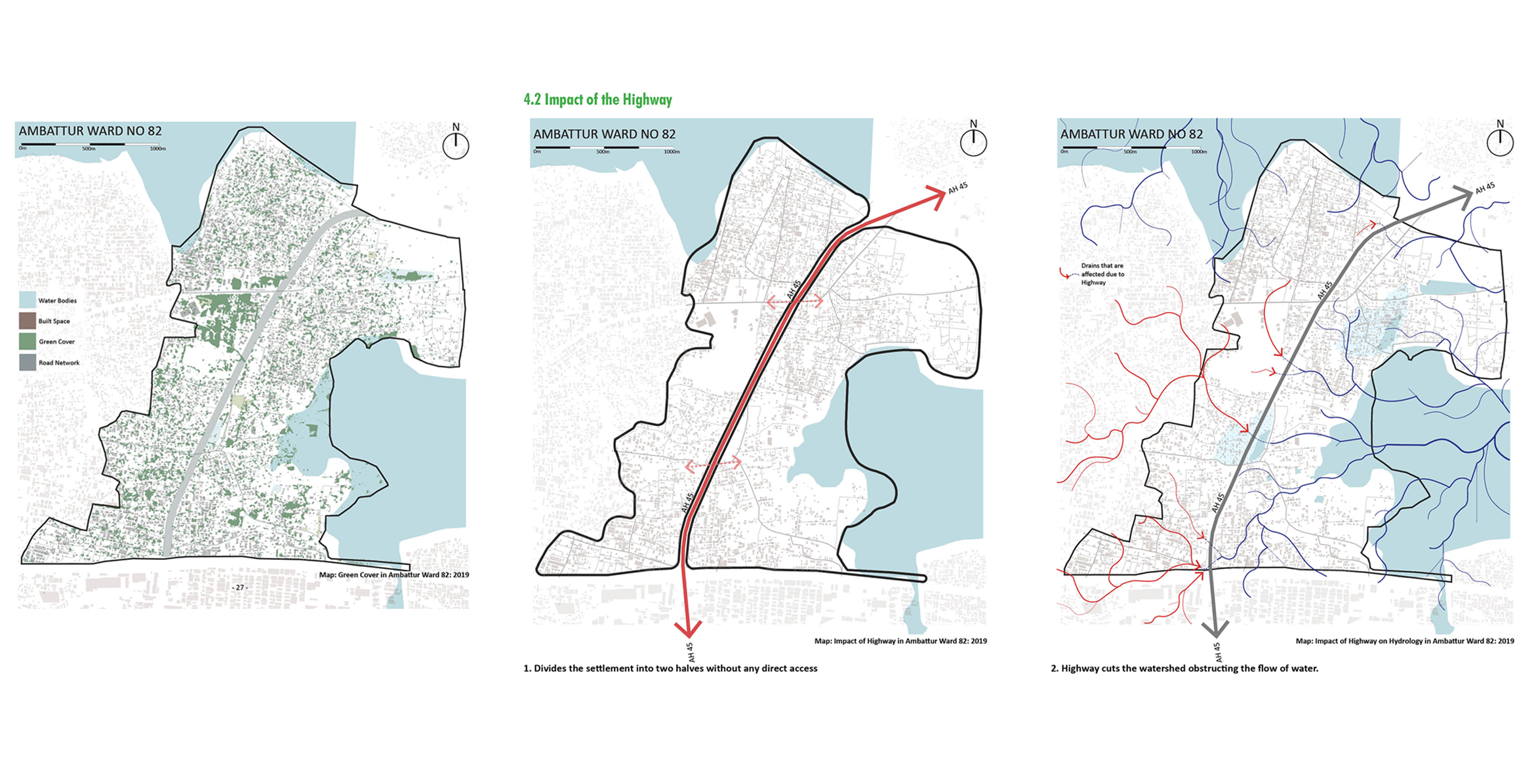 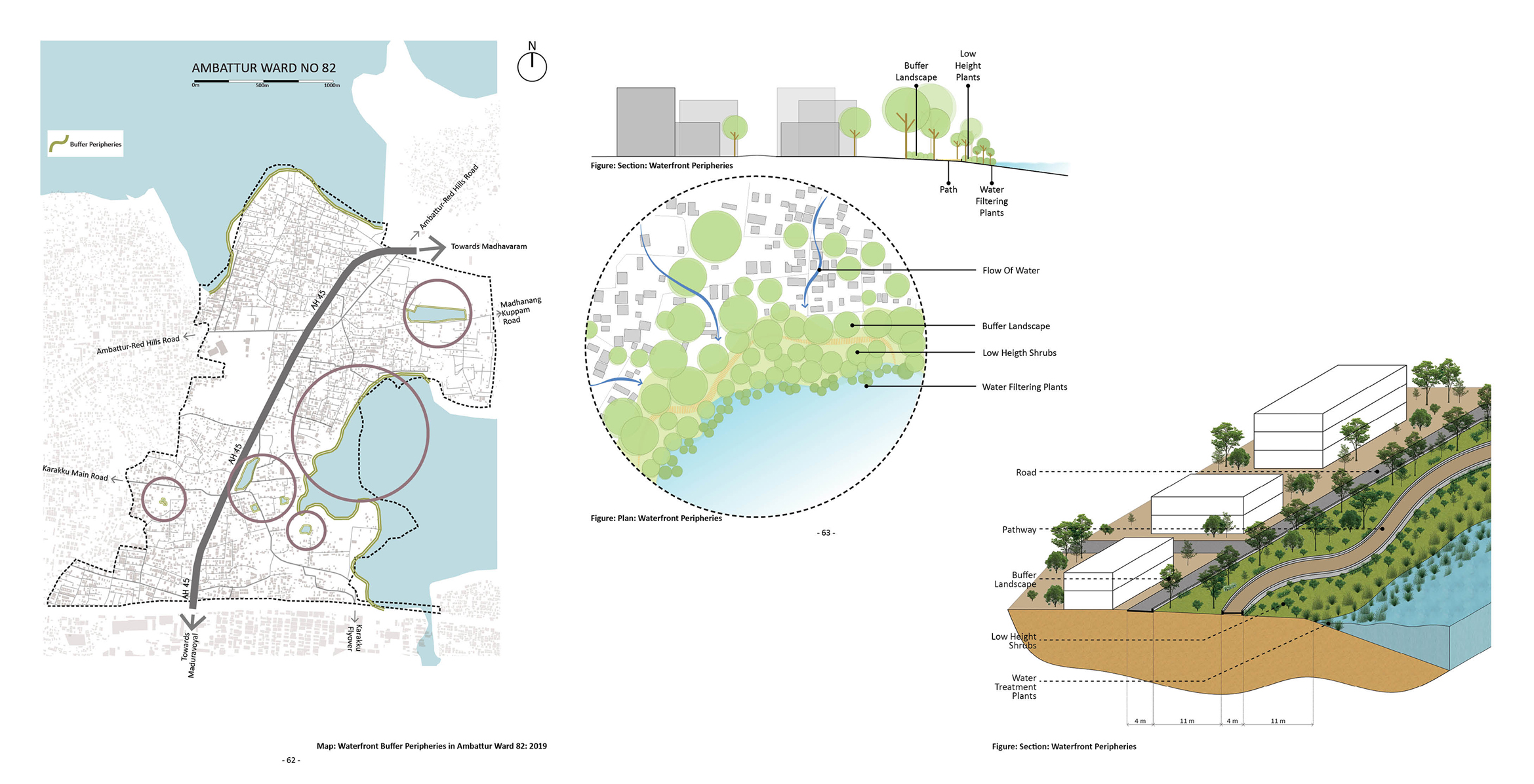 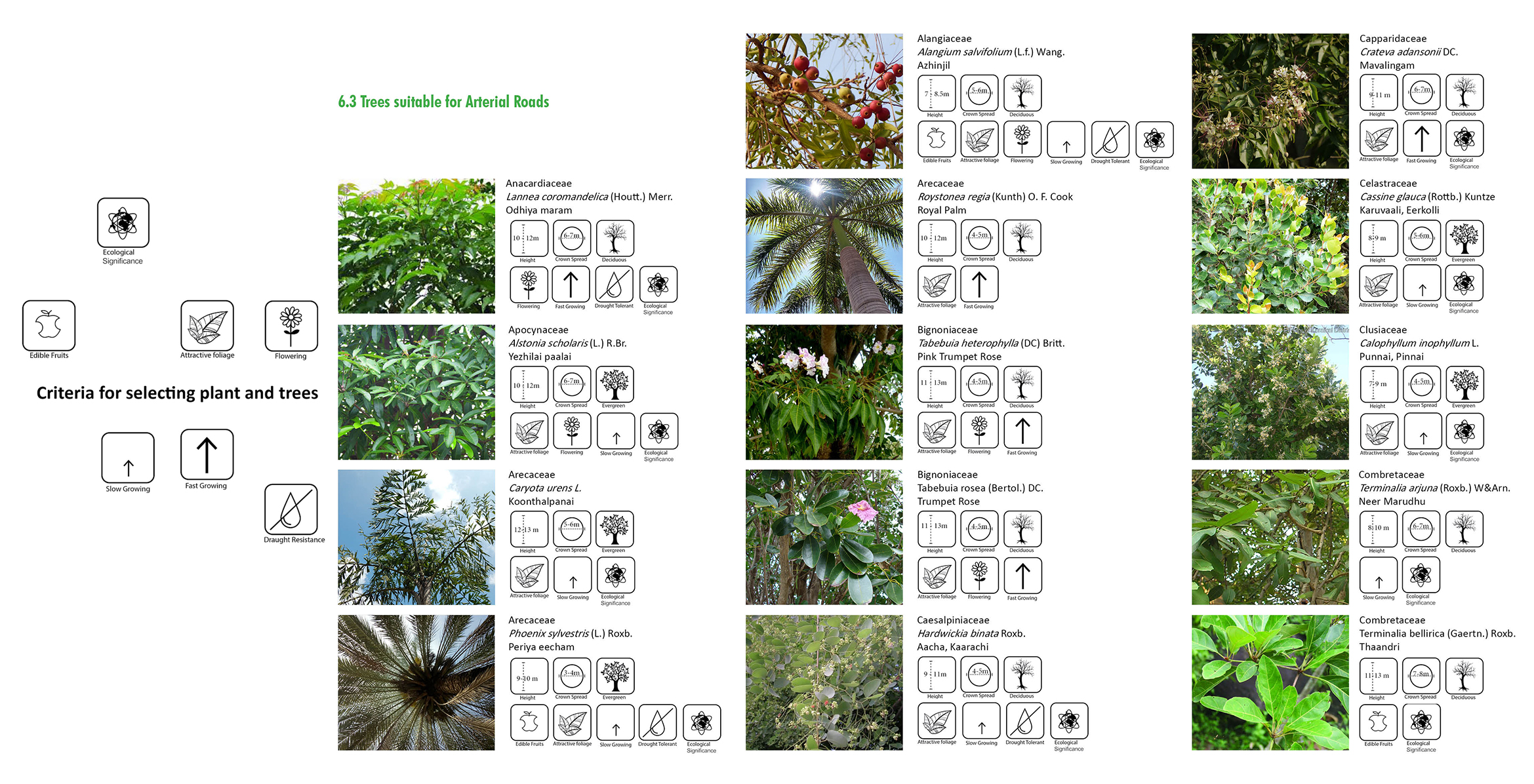 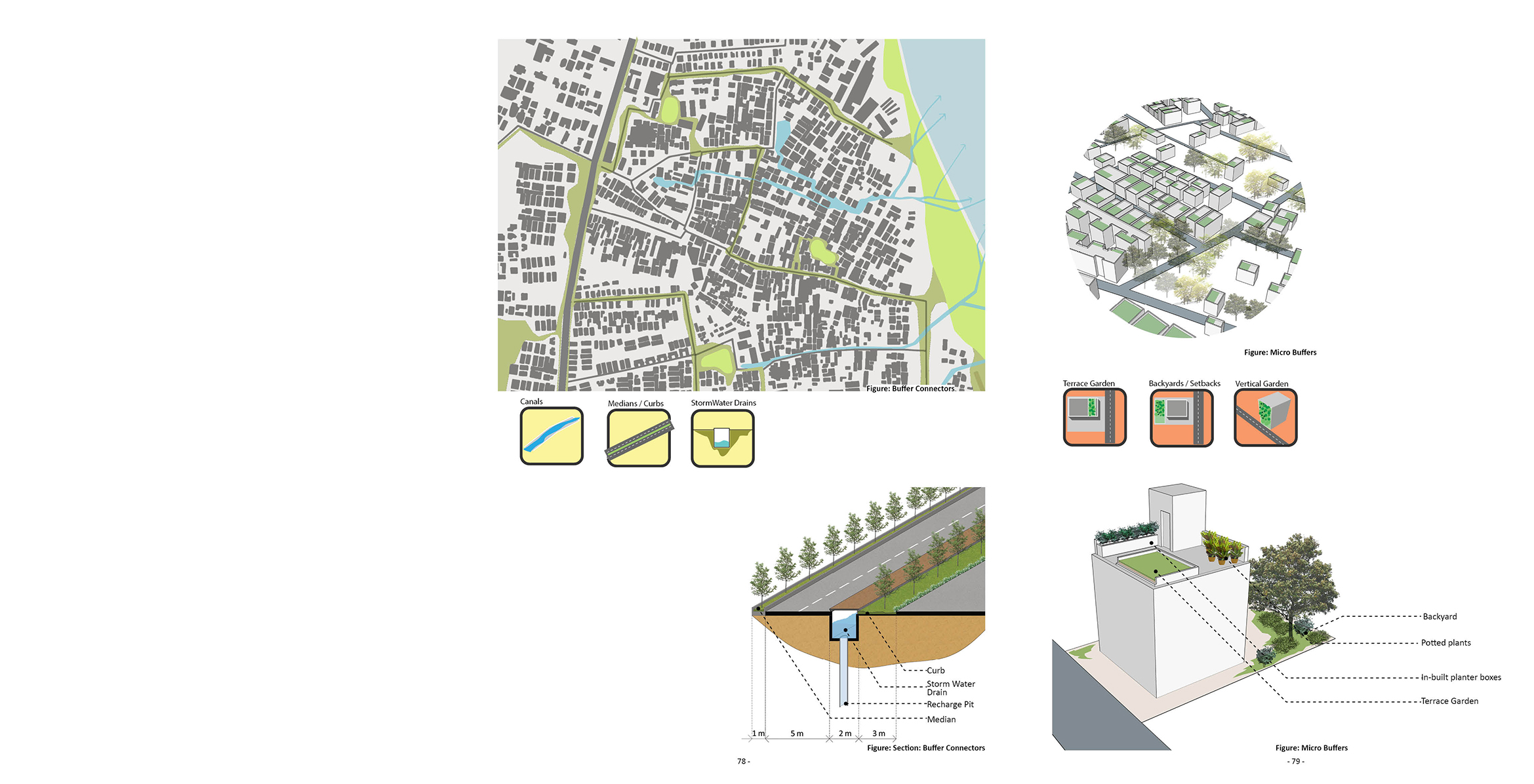 Ambattur greening project is a collaborative project of the Care Earth Trust and Urban Gray Matter where we devise scalable strategies to green the city of Chennai.The aim of the plan is to enhance green cover and urban storm water management in Ward 82 as a prototype. Ward 82 is a typical area in north-western Chennai,which has undergone large and rapid losses of green cover. The zone houses a number of waterbodies, and thus the presence of good ground cover would help in reducing soil erosion and improving the quality of runoff to these waterbodies.

Care Earth Trust is a technical non-governmental organization working to conserve biodiversity. Care Earth was awarded India’s highest award, the Indira Gandhi Paryavaran Puraskarby the Ministry of Environment, Forests and Climate Change, Government of India, in 2009 for the pioneering work on conserving the Pallikaranai Marsh and the Nanmangalam Forest. The Ward Level Integrated Greening Plan will be prepared by Care Earth Trust, Chennai, in collaboration with GIZ under the guidance of Greater Chennai Corporation (GCC).

Urban Gray Matter is a collaborative urban lab working on mapping the city and addressing city based issues.

The Ward Level Integrated Greening Plan will be prepared by Care Earth Trust,Chennai, in collaboration with GIZ under the guidance of Greater Chennai Corporation (GCC). The concept adopted for this greening plan is Urban Buffers,evolved by Urban Gray Matter under the guidance of Care Earth Trust. Urban buffers are nature based solutions that help in addressing various environmental, social and economic challenges of the city in sustainable ways.These strategies  manifest themselves in practice as green and blue infrastructures. These infrastructures can either be a network but are not by default connected, they can also be a space dealing with processes in nature, decentralized from the system. The scattered unused open spaces when re imagined as green infrastructure, might not serve as buffers in isolation but when looked at collectively acts as micro buffers that add up to the whole effect.

Urban green spaces or urban buffers can be classified as blue as well as green infrastructures. These green spaces are characterised by the study of the ward settlement and the geography of the ward. The land use is studied in detail to understand the built - open space ratios to narrow down the potential sites for the project. Along with the human settlements, much of the topography and watershed was studied to understand the ecology of the ward.

The resulting design strategies includes design of green-blue infrastructures as:

Buffer peripheries are design schemes where strips of residual spaces are identified in the ward and converted into urban green spaces of buffers. These strips of land are identified as long linear sites that act as a border to a built or an ecological entity. For example,residual spaces along bridges and flyovers or flood plains along water bodies.These peripheral green spaces are set by a definite boundary that acts as a protection layer and also provides a green buffer. The kind of linear stretches of land parcels available in ward 82 are strips of land along the service road of the highway along the blanks of lakes and waterbodies

Buffer nodes are pockets of open spaces that are converted into urban green spaces. Buffer nodes can be formed in any residual space of the city. A highly urbanised city seldom has space for green cover. Thus, it becomes imperative to form spaces for green cover in the available space. Pockets of unused residual spaces in any ward can be used to convert into these green pockets.

These pockets form the lung spaces of the‘Urban Buffers’. These pockets collectively act as buffers that balance the micro-climate, biodiversity of the city. Buffer nodes can range from any size from small parks to large scale urban forests. These node sites include OSR lands, Crematorium/Burial Ground, Private Lands, Ecological Hotspots, Wet lands and Multi-use modules for community use.

Buffer connectors are the network that connects all the elements of the ‘Urban Buffers’. These connections are mainly in the form of connecting the ecological hotspots and wetlands but can also be created for other buffer spots. These connectors act as the lifeline for the‘Urban Buffers’. They also include recharge pits, storm water drains, medians,curbs etc. The infrastructure required for the smooth functioning of the system in place.

Micro buffers are characterised by greening strategies evolved and executed at an individual house level. This is a way of forming synergy with the community to take this as a cause and engage in the greening initiative. These micro buffers include Green Roof, Setback/front yard/backyard greening, Vertical gardens with creepers and Incentives for adopting house level greening.